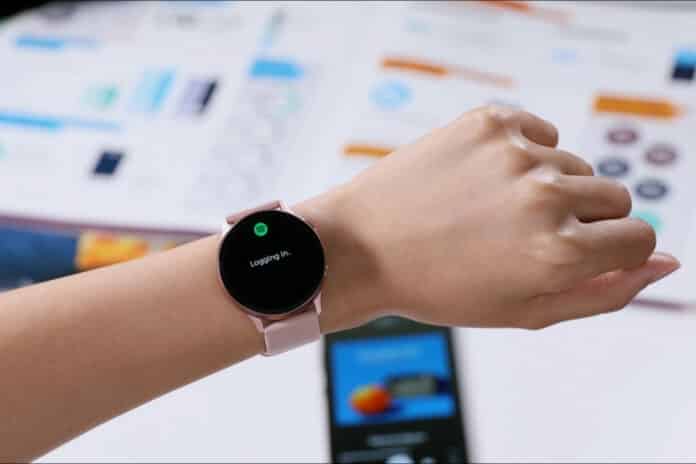 Samsung is expected to launch three new high-end smartphones and two new smartwatches in August. While the upcoming smartphones have leaked already, not much is know about the company’s next-generation smartwatches. They will run a brand new version of Wear OS, and Samsung could unveil some parts of the new software during its MWC 2021 online event later this month.

While MWC used to be a highlight of the mobile gadget world, with loads of products launching, exhibitors have been pulling out of MWC 2021 left, right and center (blame Covid-19). All might not be lost though, because Samsung could still show off its Galaxy Watch 4 and Watch Active 4.

Samsung has mentioned on MWC’s website that it is “reimagining smartwatches, creating new opportunities for both developers and consumers.” Google had showcased some features of the upcoming version of Wear OS (not be the final name of the OS) that will run on the Galaxy Watch 4 and the Galaxy Watch Active 4 during Google I/O last month.

Consider, however, that leaks for both the Galaxy Watch 4 and Watch Active 4 seem to suggest both will be here by the end of June. Various rumors and sources have pegged the former to be out by June at the latest, and the latter for the rough ‘June to July’ period.

Initially, it sounded like a big launch event was happening in August for both watches along with the Galaxy Tab S8, Galaxy S21 FE, Galaxy Z Flip 3 and Galaxy Z Fold 3, but frankly, that’s too much tech for one event, and in 2020 Samsung solved the same problem by unveiling its smartwatches a month earlier than the rest.

Plus, Samsung has launched products at MWC in the past, like a collection of Galaxy A-series phones at MWC 2019. That event was in February, though, not June and July like this one. So while Samsung’s tease doesn’t explicitly confirm new hardware incoming at the MWC 2021 event, previous release date rumors, and Samsung’s history with the tech conference, makes us feel pretty confident that the Galaxy Watch 4 and Watch Active 4 could show up – or, at least, get heavily teased.

Previous articleMaurizio Sarri signs for Serie A side Lazio
Next articleTokyo Olympics: No branded apparel for India