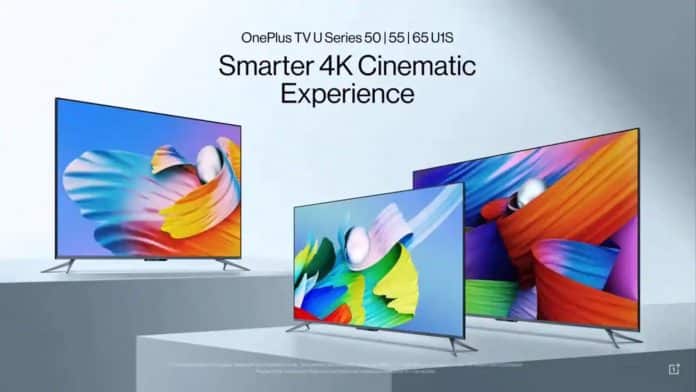 OnePlus officially showcases its new OnePlus TV U1S and the OnePlus Nord CE 5G on today’s OnePlus Summer Launch Event. Though most of the specs and details were leaked earlier along with the renders, the event was still exciting to most of us. It was an official announcement after all.

The OnePlus TV U1S is coming in three screen size options – 50 inches, 55 inches, and 65 inches. We already knew that right? The starting model costs Rs.39,999. For the other two, you need to spend Rs.47,999 and Rs.62,999 respectively. The sale will start tonight at 9:00 PM IST on Amazon, Flipkart, and the OnePlus official website. But the sale is only for Amazon Prime and Flipkart Plus members.