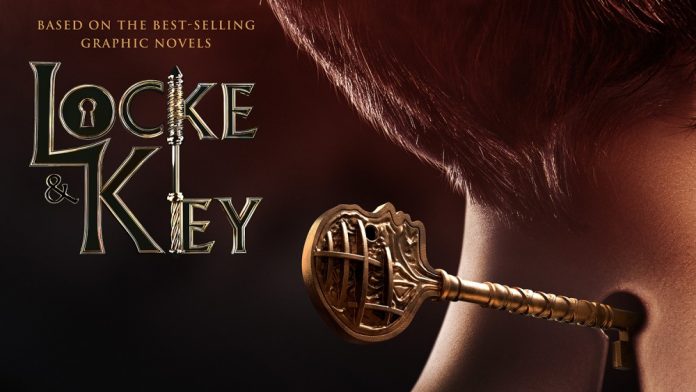 Netflix has declared that Locke & Key (Season 2) will come in October 2021. It is a heartwarming fantasy horror series that is completely based on the comic series from Joe Hill depicts about three siblings who are moving into a house with a huge amount of magic and some hidden secrets inside. Season 1 of the series has contained 10 episodes which were released on Netflix globally on 7th February 2020.

The showrunners depict that after a long time this TV series has come. These series get a lot of positive feedbacks from also with the complaints about it is too familiar.

It has been reported that this series was confirmed for the second season on 30th March 2020. The renewal status also has promised more demons and also more aloha. After releasing the first season, this series was in the process of active development for a second season. The shooting will happen in Toronto, Canada.

Two of the major showrunners Meredith Averill and Carlton Cuse reveals their plans regarding the second season in an interview at the press conference s of Locke & Key. In an interview with Gamespot, the creators revealed that they were writing Season 2 even if it has not been greenlit. They were working in a room.

At first, it was expected that the second season would start shooting on 17th August 2020 and would end on 5th February 2021 but it was not gone according to the plan due to the COVID_19 pandemic situation.

After that, it was updated that it would start on 21st September 2020 and continue on 5th March 2021. Some of the first pictures also have been revealed from the set with COVID-19 Securities.

Now, this film has been wrapped but the production listing from Canadian Directors Guild, the show has to pass through post-production for the rest of 2021 with 3rd September that listed the end date of the “soundpost”.

It has been confirmed that Season 2 will hit on Netflix in October 2021.

It has informed that this season will focus on the seaside town with the dark skies and also the lightning off in the distance. At the ending, it has been that the siblings entering to the most dangerous door yet and completes with the siblings as the keeper of all the keys. It has seen that the evil is still lurking. Dodge has got away from it by providing the appearance that she is dead. Now the Omega Key is protected but still, the crown is not found.

Joe Hill has said that it had been work as a TV show and it had to succeed in the possibilities and also the limitations of its own actual form.

In September 2020, some new names were added in the promotions in season 2 of this series. It is included with Aaron Ashmore and Hallea Jones. It has informed that Brendon Hines also will join the cast for the role of Josh Bennett. It is also included with Maya Misaljevic as Molly and Tara Nicodemo as Mrs. Lafferety.

Here is the good news that this series has been renewed for the third season already ordered on May 2021. Some rumors also have heard about the fourth season but it is very early. The co-showrunner of this series Meredith Averill has been signed an entire deal with Netflix. Some reports have said that Season 4 is under the works but not officially confirmed now.

Here is the trailer of Locke & Key(Season 2):