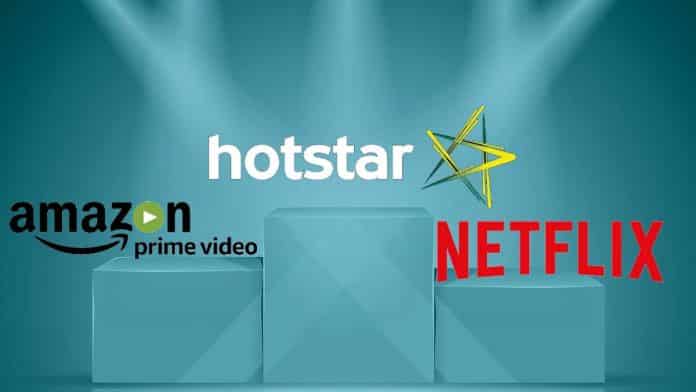 It is an apocalyptic thriller film. It revolves around a mysterious event in which all electronic devices are knocked out and stole their sleeping ability in chaos reigns. But it is true when everything becomes dark there will also be a little light of hope and here hope comes with in the form of a little girl who still possesses the ability to catch some z’s.

This series depicts the lives, passions, and goals which are facilitated by the human bodies diverging from the personal stories.

If you are a foodie then this series is definitely for you. This shoe is very passionate about food. It is a popular American fresh fried food show.

This film is a story of a woman who went to the depths of the Mayan jungle just to escape from her arranged marriage. Their untamed nature has combined the human with the supernatural.

It depicts the story of life in the dystopia of Gilead in the United States. The regime of Gilead treat the women as the property of that state and after that, it faced terrible environmental disasters and plummeting birth rate.

It is an American action drama film. It depicts the lives of the men and women of a firehouse station 19 in Seattle which is at Washington.

It is a show that depicts a contentious relationship with its medium.

It is a popular show. It is hosted by John Oliver. After some time John Oliver has come with his persona to this weekly program.

In this season we will see Pray Tell has faced many struggles with his health and the big problem is dealing with his AIDS diagnosis.

This film depicts the story of a person named Ricky who is a 21-year-old young transgender woman. She dreams to become a designer in New York.

It is a family drama film. It depicts the story of a man named Ramanna who is very cruel. After the death of his father, he wants to own all his property and position as an MLA. He utilizes a man named Soori who is very simple and maintains harmony among people and draws many lines to get that what he wants.

It is a story of a heartbroken man named Aditya who is on the verge to commit suicide by aimlessly boarding a train. After that, he meets with a high-spirited girl named Geet and slowly he starts to find himself involved in her crazy life.

ABOUT US
The ultimate Technology & Sports news website, TechnoSports caters to the latest news for all its readers round the globe.
Contact us: admi[email protected]
FOLLOW US
© 2020 TechnoSports Media Group