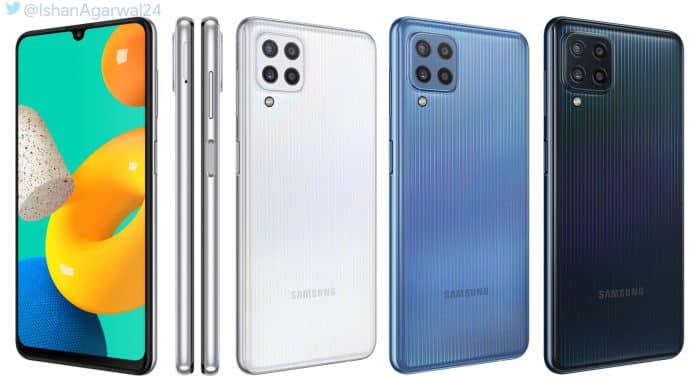 Samsung has been working on a new M series smartphone for quite some time now, one of their most successful budget lines, the M series has always come with the perfect all-around balance. Recently, the latest device in the M series, the Galaxy M32 received FCC certification.

The specs of the device have been leaked by reliable tipster Ishan Agarwal and 91mobiles who has shared the specs of the Galaxy M32 ahead of its official launch.

The Galaxy M32 will be powered by a MediaTek Helio G85 SoC that is based on a 12nm process. The processor will be paired with a Mali G52 GPU. The Galaxy M32 will be released in two variants, a 4GB RAM with 64GB storage and a 6GB RAM along with 128GB of internal storage with a microSD card slot that will support storage up to 1 TB. The device will run on Android 11 OS with Samsung’s One UI skin out of the box.

The device will have an amazing 6000mAh battery and will most likely support fast charging as most of the phones in the M series do. The Galaxy M32 will be available in black and blue.