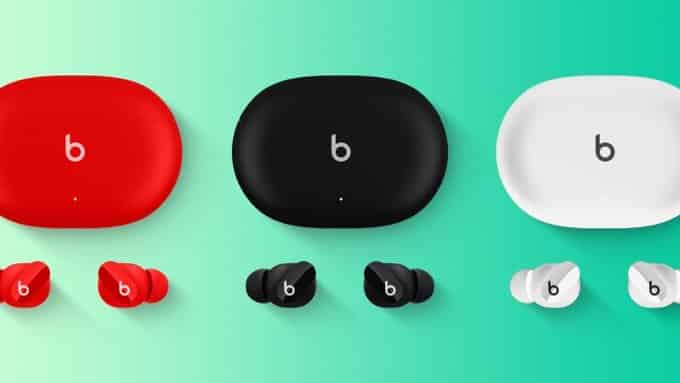 Apple has been working on a new Beats Studio Buds that is set to launch soon and it has been public knowledge. These TWS earbuds had surfaced on the FCC database back in May 2021, now, new images of the wearables have been spotted on a regulatory database in Taiwan.

The upcoming earphones were spotted on Taiwan’s National Communications Commission as reported by MacRumors. The images of the earbuds have surfaced online, the images on the database offer a closer look.

The Apple Beats Studio Buds will have a stemless in-ear TWS design which is distinct from other wireless earphones offered from Beats and even Apple’s own AirPods.

The Studio Buds will arrive with silicone tips, which will come with multiple size options to ensure a better fit for the user. The earbuds will come with an oval charging case with the company’s brand logo. The Taiwanese website also has an image of the individual bud being placed next to a scale to measure its size.

The images reveal the Apple Beats Studio Buds will have a USB type C port for charging. This is a significant design change from the Powerbeats Pro that launched previously and had supported Apple’s Lightning port similar to AirPods. This might be a sign that the company may integrate a USB type C port in its future products as well.

As of now, that is all we know but stay updated for more info. on the Apple Beats Studio Buds in the coming weeks!