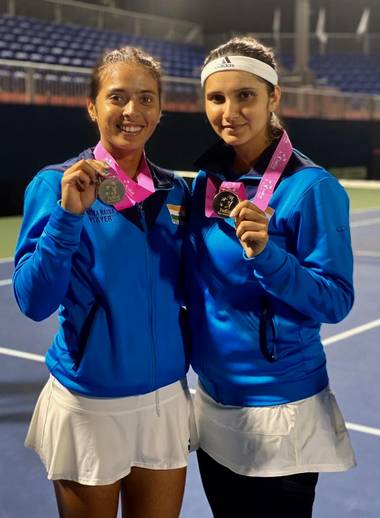 “With great honor and pride, I inform you that I have been selected to represent India at the Olympics in the women’s doubles category, partnering Sania Mirza. The effort and hard work put in all these years have been fruitful with your invaluable support and encouragement! I take this opportunity to express my immense gratitude to ONGC corporation. I will do my best to make India proud.”

While this might be Ankita Raina’s first Olympics but it is the fourth Olympics for veteran Sania Mirza, the first one being Sunitha Rao in the Beijing Olympics, Rushmi Chakravarthi in the London Olympics and Prathana Thambore in the Rio Olympics.

However, the Ankita-Saina duo does have some experience playing together in the Fed Cup (Billie Jean King Cup).