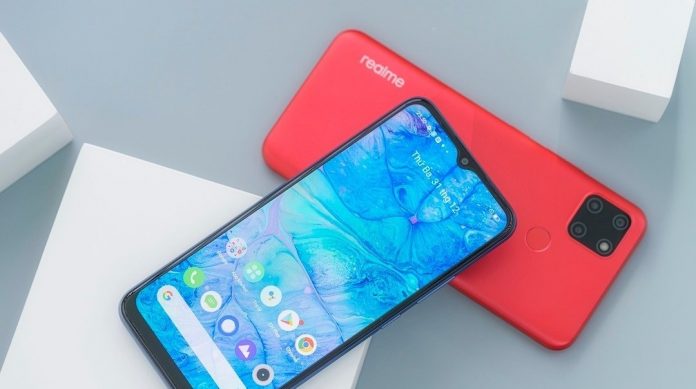 A Realme phone with the model number RMX3261 was recently certified by the FCC, NBTV, and TUV authorities. The FCC listing revealed a few specs and the design. According to reliable tipster Chun, the realme C21Y will be headed to Vietnam as the company’s Android Go device.

From the listing of the device, here is what we know about the Realme C21Y as of now, the listing reveals the device will be powered by the Unisoc T610 chipset and will be equipped with Android 11 Go out of the box.

The Realme C21Y will feature a 6.5″ IPS LCD panel that offers an HD+ resolution of 720 x 1600 pixels. It comes with a waterdrop notch which has an integrated 5MP selfie camera. The rear camera features a square camera module with a 13MP main sensor along with two, 2MP additional sensors and an LED flash.

The device will be available in a blue and black variant, it appears as if the Realme C21Y will be the Realme C21 but with a different chipset and software.