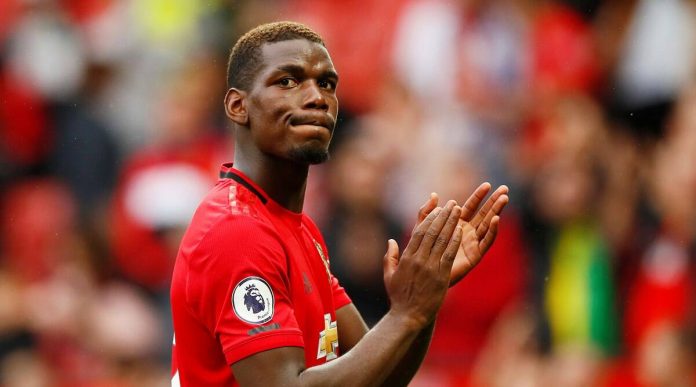 Manchester United are planning to have contract talks with Paul Pogba after triggering the one-year extension clause last year.

Reports suggest that the Man Utd midfielder might leave Old Trafford on a free transfer next July.

Paul Pogba’s contract at Old Trafford will be expiring next season and from January onwards the world champion will be free to negotiate a pre-contract deal with other clubs.

However, some of the reports reveal that the French Maestro is willing to engage in contract talks after the completion of the European Championship.

However, Paul Pogba’s agent Mino Raiola is a very tough agent to negotiate with and he might try to extend the contract discussions post this summer to gain credible interest from a potential future destination for the French Midfielder as a bargaining chip.

Pogba reportedly wants a massive wage of £400,000 per week on a three-year deal. In addition to that Mino Raiola might demand excessive agent fees and brokerage for this deal.

Pogba has been a vital part of Manchester United’s first team for the past 5 years and provided some masterpiece of performances in all these years. Pogba’s creativity and defensive awareness along with his strength provided be crucial for the team.

In five years Paul Pogba has made 206 appearances and has scored 38 goals and also has provided 42 assists.

Real Madrid, Barcelona and Juventus are reportedly interested in the Frenchman’s services and either of the teams won’t leave the golden opportunity of signing Paul Pogba on a free transfer.

In order to avoid this situation, Manchester United might consider selling Pogba on a cut-price transfer window.

No agreement has yet been developed between the club and the player, we all are awaiting where Paul Pogba’s future lies.