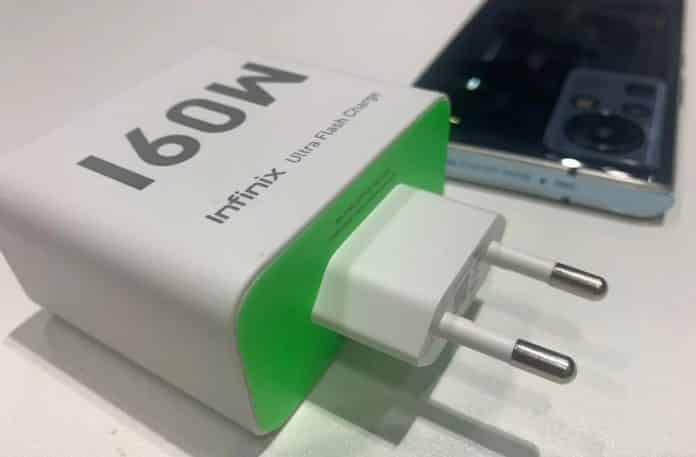 For the past few years, fast charging has been a very important factor alongside a bigger battery, in fact, in many cases, buyers prefer fast charging in place of a big battery. For this particular reason, the level of fast charging in the smartphone has been increasing rapidly, starting from a 10-15W fast charger to 120W big brick, we’ve come a long way. Now, most of the devices that have been launched in recent days, support over 33W of fast charging which is great.

After the craze of 67W, the next milestone which we reached in terms of fast charging is 120W. These are the names of the devices in the current market which support that massive 120W fast charging: Xiaomi Mi 10 Ultra, iQOO 5 Pro, iQOO 7 (China), Black Shark 4 series, Nubia Red Magic 6 Pro, and Nubia Z30. But the race to increasing the capacity of faster charging doesn’t seem to get stopped as a recent report from Infinix says that the company may launch a phone in the upcoming days which will support a monstrous 160W Ultra Flash Rapid charging. However, the company hasn’t revealed anything else about this 160W powered smartphone.

There is a little bit of twist in this report, like if we see the above mentioned smartphones come with 120W charger, 90% of those are truly flagship smartphones. On the other hand, if we see the history of Infinix, this company has mainly focused in selling good mid-range smartphones. If, Infinix will continue its journey with the mid-range segment, then it is going to be a renaissance in the smartphone world as we will get to buy a performance packed Infinix smartphone that too with the support of a 160W fast charging in a mid-range pricing. Right now, all we can do is to raise our expectations and we need to wait more for further updates from Infinix.