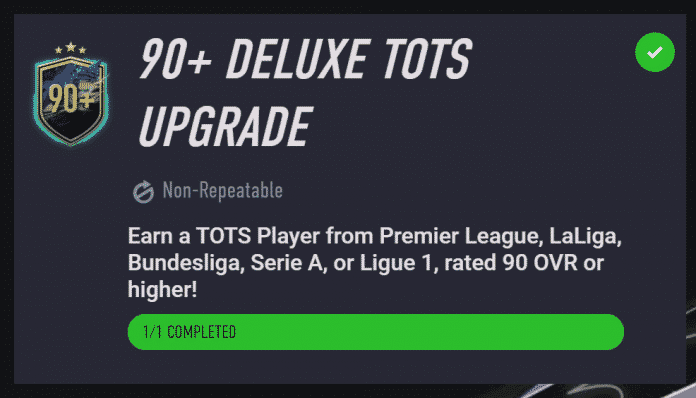 FIFA 21 Ultimate Team Of The Season

I was hoping to pack a midfield player like de Bruyne or Fernandes as I already have Lukaku upfront, which is great in-game. But I ended up packing Keylor Navas.

Packing a GK from this pack is unacceptable as they are already quite low priced on the transfer market. However, Navas is almost better in every stat than my previous goalkeeper, 94-rated Courtois, and I can also get a green link with TOTS Marquinhos. So it wasn’t that bad for me either.

If you’re playing FIFA 21 for fun, you should definitely do this 90+ Deluxe TOTS Upgrade pack. Even if the pack goes wrong, you would have a 90+ rated player to put it in other SBCs.

Tell us in the comments below, what you packed from the 90+ Deluxe TOTS Upgrade pack.

FIFA 21 – TOTS: How to do the Serie A TOTS Guaranteed pack and what do you get from it?