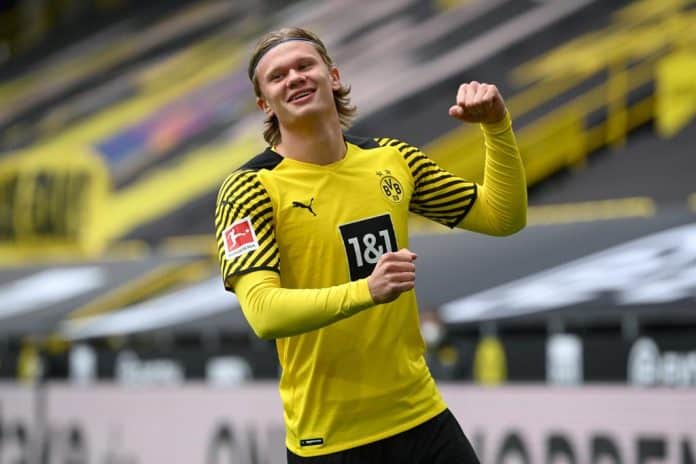 Chelsea are reportedly working hard to secure Erling Haaland’s signature this summer itself, according to the Telegraph. Dortmund chiefs have announced that the Norwegian will be staying at the club for 21/22 unless some crazy bid arrives for him.

And the new Champions of Europe are willing to match Dortmund’s ridiculous valuation of the player in excess of €150 million. While they won’t be paying the full amount, they are trying to negotiate a cash plus player deal involving Tammy Abraham and Callum Hudson-Odoi.

Both players have not had a lot of playing time recently, and Abraham in particular has been frozen out of the squad. Although Chelsea are willing to take up offers around €40 million for their number 9, they are also looking for a workaround in the Haaland situation.

The Dortmund star has a release clause worth €75 million that comes into play next season. And should Chelsea wait, they could secure their target for less than half the money. But with that said, numerous other clubs will also be in the race for the player including Real Madrid and Barcelona.

Thomas Tuchel is keen on signing a new striker this summer since both Olivier Giroud and Tammy Abraham are not part of his core plans. Romelu Lukaku was one of the names linked with a transfer, but the player confirmed that he would be staying at Inter. Harry Kane is the other name linked, but Manchester City are the favourites to land him after the departure of Sergio Aguero.

Previous articleCristiano Ronaldo pondering a return to Manchester United this summer
Next articleMivi Play Bluetooth Speaker: the Mighty Sound producer is launching today at Rs.799 only