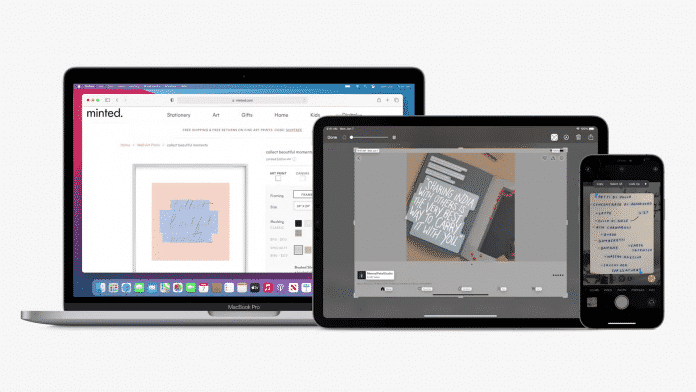 Apple has been experimenting and releasing quite a few new features this day. Following tradition, the Cupertino giant has released a new and handy feature for its users called the Live Text.

The feature allows users to digitize the text in all their photos. It also brings along with it some interesting new functions such as turning handwritten notes into emails and messages to searching your camera roll for receipts or recipes you’ve photographed.

However, it’s not the first time something like this has been launched on smartphones. Apple’s competitors like Samsung and Google have already been offering similar tools to their users. However, knowing Apple, its Live Text will certainly be much smoother and give the Cupertino giant an edge over its competitors.

Using the features, users will simply tap on the text in any photo in their camera roll or viewfinder and immediately take action from it. The text can be copied and pasted and used as a search option for the web, and if there is a phone number, it can be used for calling.

According to Apple, the feature is enabled using “deep neural networks” and “on-device intelligence.” It stresses Apple’s privacy-heavy approach to AI, which focuses on processing data on-device rather than sending it to the cloud.

The company’s new feature, Live Text, will work across iPhones, iPads, and Mac computers and supports seven languages: English, Chinese (both simplified and traditional), French, Italian, German, Spanish, and Portuguese. It can also be integrated with Apple’s Spotlight search feature on iOS, using which users can search their camera roll based on the text in images.

Additional details about Live Text have not been announced by Apple during its presentation at WWDC, but it said the new tool would recognize “art, books, nature, pets, and landmarks” in photos.