LG Velvet 2 Pro specs leaked, these types of phones could have saved LG in the market 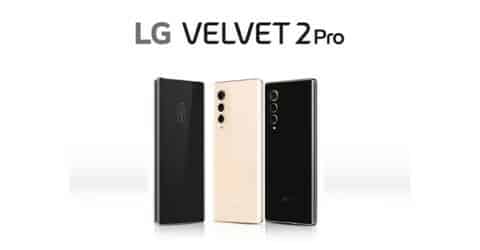 LG was known for the great looks and great performance of its smartphones and during the last 3-4 years, the company launched many such smartphones, which were not only very stylish but their features were also liked by the people.

According to the leaked promo of LG Velvet 2 Pro, this phone had a 6.8-inch P-OLED FHD+ display, which would have a refresh rate of 120Hz. The display of this phone was with curved edge.

Moving to the cameras, the Velvet 2 Pro sported a primary 64MP Sony sensor, along with a 12MP ultrawide and an 8MP telephoto lens. And one of the key features of this camera system would have been the hybrid zoom along with LG making use of a gimbal to provide extra stability in your photos and videos. For selfies, it would have featured an autofocus-enabled 10-megapixel front camera.

LG was about to present this smartphone with Qualcomm Snapdragon 888 processor. This phone with an Android 11 operating system would have been launched with 8 GB RAM and 128 GB storage. The LG Velvet 2 Pro would have a 4,500mAh battery, which would have supported at least 33W fast charging.

LG relocates resources and workforce from Mobile to Home Appliances