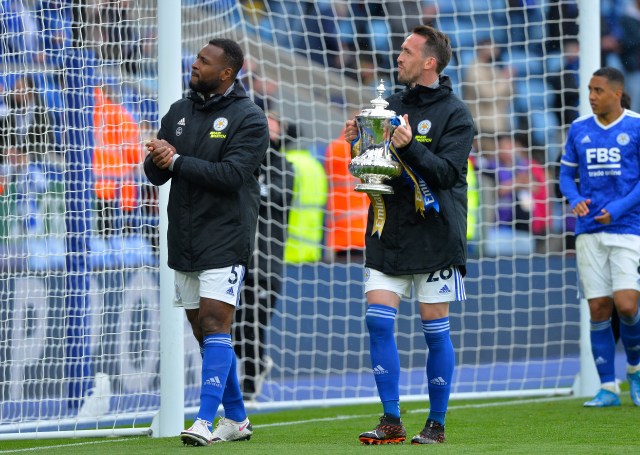 Leicester have announced the release of nine players from their squad, including club legends Wes Morgan and Christian Fuchs. The rest of the players that have been let go of include Azeem Abdulai, Dempsey Arlott-John, Darnell Johnson, Matty James, Layton Ndukwu and Darragh O’Connor.

Both Morgan and Fuchs were part of the 2016 title-winning campaign and were crucial in seeing through the entire campaign.

Morgan joined Leicester City from Nottingham Forest back when they were in the Championship in 2012 for £1 million. He has since helped them win the Championship, the Premier League and the FA Cup most recently. The 37-year-old centre-back will be retiring from football after making 300 appearances across 9 years for the Foxes.

He has also competed in the Champions League and Europa League representing the club, and was the captain of the title-winning Leicester City team back in 2016. Fuchs joined Leicester from Schalke in 2015, and made 36 appearances that season as they lifted the trophy.

The 35-year-old has had to deal with numerous injuries recently, and made 10 appearances across all competitions this past season. 9 of them were in the Premier League, while the only other one was in the final minutes of their FA Cup victory against Chelsea.

Leicester will be competing in the Europa League next season, and will be planning on using the freed up wage budget to invest in new players this summer to boost their chances of making it into the top four next year and not crashing out at the last stage again.