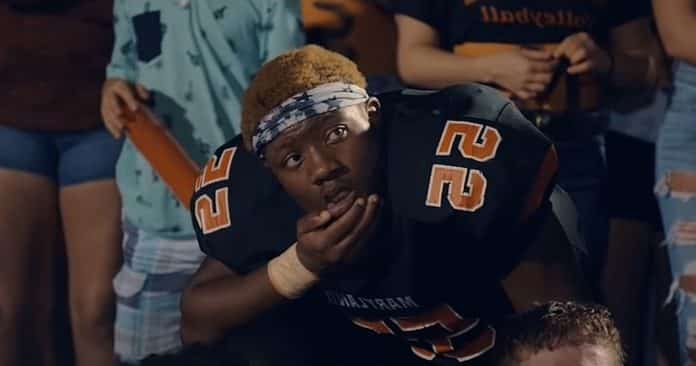 Netflix has dropped the official trailer of the mini-documentary film Audible. This film is based on a football team of a deaf school. It is an incredible and fantastic Netflix Original film that depicts the story of a football team of Maryland School for the Deaf students. In addition, this upcoming film features the pressure that the senior team has to face when dealing with life.

Al the players have an unprecedented winning strategy that they will continue after the death of their one friends. It is a film that shows the struggle of the kids with adversity and their never-give-up attitude and after all the problems they are looking to the future with hope.

There is a football player named Amaree McKenstry and his Maryland School teammates who are defending their winning streak and lose one of their close friends. After that, all the graduating students have faced a huge pressure of visiting the hearing world and tackling adversity and they demand to be heard in the coming-of-age story of this film.

This film is featuring Amaree McKenstry-Hall who is an important member of the team and also the lead character in the documentary. He will express the struggles that they have gone through as a team by touching the daily life of deaf people. If you see that film from that point of view then this film will offer a different perspective of life about people who are unable to hear properly.

This documentary film, Audible, is produced by Film 45, and Netflix is the global distributor. There is no doubt that Film 45 has good experience with documentaries, mainly sports documentaries. It is possible because they have worked before on Pep Guardiola’s 2017-28 journey with Manchester City. On Netflix, they have also done precious work on an untitled Naomi Osaka documentary. In addition, film 45 has contained different kinds of documentaries with reality shows.

Netflix has released the official trailer of Audible. The trailer gives us good pretty good hints about the film. The streaming platform also shared the release date of the film.

Audible will launch later than it is expected which is given on the trailer released by Netflix now. This documentary film will release on Netflix on 1st July which is very late than the release of the official trailer.

In the trailer, it has seen that the team is bonded very closely having a glimpse st the struggles to be a deaf person in this able world. In this McKenstry –Hall depicts his feelings and daily life and also about the team who is ready to face the challenges.

Here is the trailer of Audible: