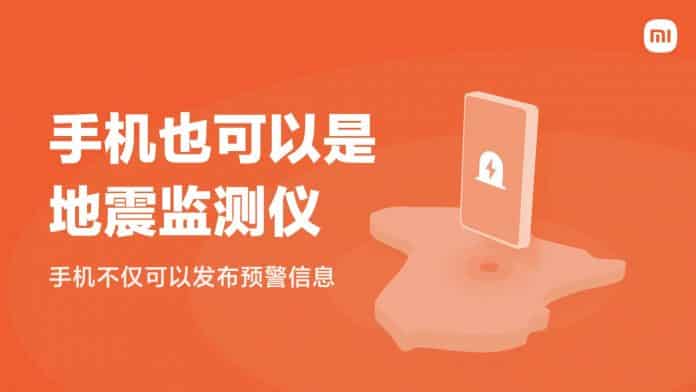 Xiaomi is looking to integrate its devices with sensors and AI algorithms that will be able to warn users about emerging earthquakes. Xiaomi in 2010 had partnered with Chengdu High-tech Disaster Mitigation Institute to integrate an earthquake alert on their custom MUI ROM for phones and Smart TV.

Xiaomi released data claims this feature had warned users of 35 earthquakes of a 4.0 magnitude and had sent a total of 12.64 million warning messages since its release in November 2019.

Xiaomi has now teased a new feature that may possibly enable users to not just receive earthquake warning information but also monitor them. In order to do so, they would have to add sensors that would monitor the earth’s seismic activities in real-time. If Xiaomi successfully does this, it will bring down the costs of earthquake monitoring and increases the possibility to prepare for an incoming earthquake.

The new feature does not have an official launch date yet. Mi users with devices that are currently running MIUI 12.5 development version can go to Mobile Phone Manager-Earthquake Early Warning to apply to join the earthquake monitoring volunteers.

The app’s information will be used to determine the epicenter location and evacuate those areas at the earliest. This will increase the total number of earthquake monitors and places without sound earthquake monitoring systems will be benefitted the most.

Xiaomi has confirmed that the app will not jeopardize the privacy of its users in any way. Xiaomi is unlikely to integrate this feature into devices that launch outside China.

Mi Watch Revolve Active is launching today, get ready for the #WatchfulLiving