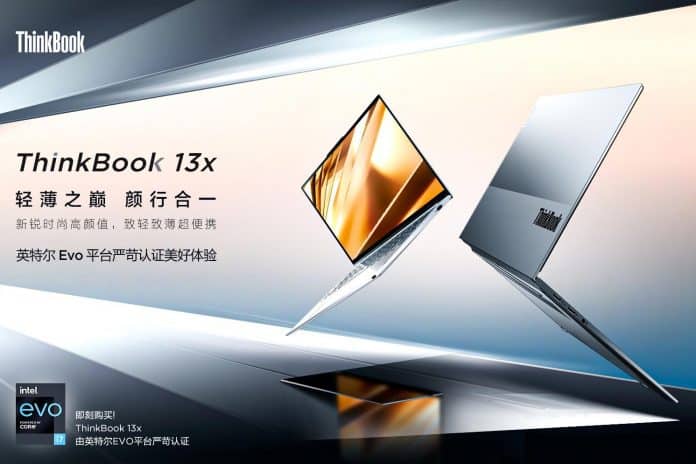 Lenovo the worlds leading PC manufacturer launched its Lenovo ThinkBook 13x and Lenovo ThinkBook Plus, 2 laptop models, in China on Thursday, June 3. Both are powered by 11th Gen Intel Core CPUs, but not the latest H-series ones. Both models have 13.3-inch 2.5K displays with thin bezels, and the  ThinkBook 13x has its hinge which allows the display to be opened 180 degrees. Both run Windows 10 Home (Chinese version).

The device is powered by an 11th Gen Intel Core i7- 1160G7 quad-core CPU along with integrated graphics. The laptop comes with 16GB DDR4 RAM clocked at 4,266MHz and a 512GB SSD for storage. In terms of connectivity, users will get Wi-Fi 6, Bluetooth v5, two Thunderbolt 4 ports, and a 3.5mm headphone jack. Lenovo is also offering a fingerprint scanner as well and the power is supplied by a 53Whr battery with comes with a 65W adapter.

Coming to the ThinkBook Plus 2, the core specs of the device is the same as the Lenovo ThinBook 13X, however, it has some additional features. It has a 12-inch E Ink display on top of the lid for reading and note-taking. Certain windows apps can also be run on the display as well.