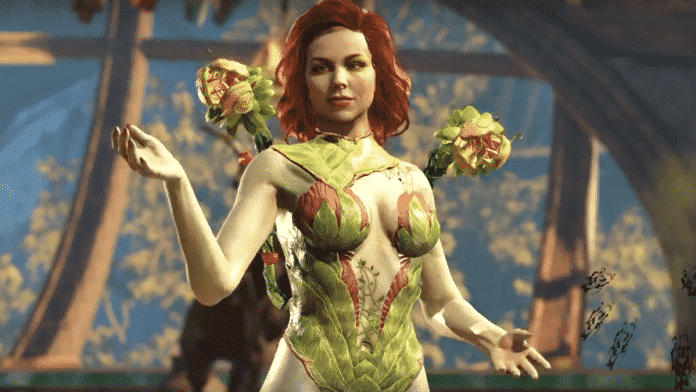 As a queer woman, it is not really expected much from the game developers out of pride. There might appear some in-game badge or some kind of art of all the confirmed queer character of the game. But here we got Injustice 2, whose mobile version offers its players to celebrate Pride by challenging to beat up a bisexual character.

Poison Ivy, the botanical supervillain has been shown as canonically bisexual, and in recent years, she has been paired up with Harley Quinn. To represent the relationship, NetherRealm (which handles both Console/PC and Mobile versions of the DC title) offered the Injustice 2 Mobile players a huge amount of Ivy and Quinn costume tokens if they indiscriminately pummelled the everlasting crap out of the latter.

“We recognize associating our latest Global Challenge with Pride was insensitive and inappropriate,” the developer said — sporting a rainbow flag Twitter profile photo — in a tweet Thursday. “Real life violence against the LGBTQIA+ community and women within that community in particular is all too common and we should actively engage in efforts to end LGBTQIA+ violence, not normalize it. We apologize to the greater community, but especially LGBTQIA+ members. We are committed to listening and doing better.”

There was a promotional Tweet which stated, “fucking hilariously tone-deaf” to celebrate pride in bringing more violence against queer people. As per reports, the community had made it to 175,000 takedowns before NetherRealm started pulling out its promotions, although the studio has apologized for any “inappropriate and insensitive” associations surrounding this in-game challenge.

The New Batman Game – Gotham Knights Has Been Delayed to 2022

Warner Bros. Interactive has filed a patent for the Mordor game’s nemesis system