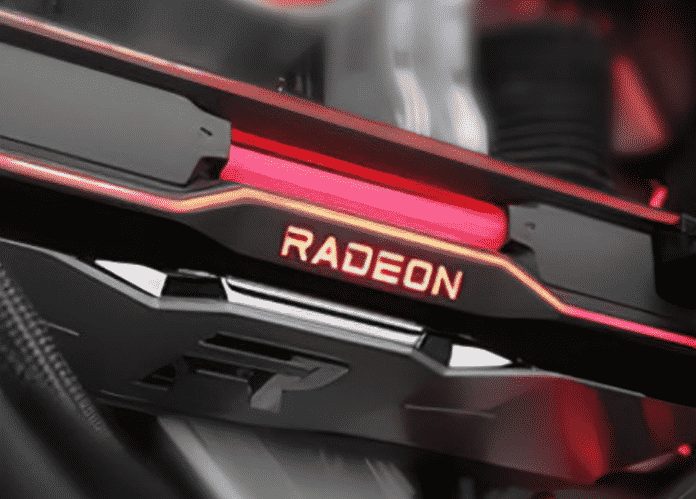 A liquid-cooled variant of the AMD Radeon RX 6900 XT LC has appeared upon Chinese new networks. Now, this model has come up within a custom PC put together by a local Chinses builder.

This card also offers a similar design to the existing Radeon RX 6000 RDNA 2 series graphics cards with a black and silver color scheme. The packaging shows that the card offers a 120mm AIO radiator and on the side, it has an RGB accent LED.

The AMD Radeon RX 6900 XT LC has only come up on Chinese retailers and news sites and that might suggest that the card will be exclusive to the Asian Pacific market. AMD definitely not gonna miss the opportunity to launch an enthusiast-grade graphics card in other markets.

The AMD Radeon RX 6900 XTX LC graphics card might come packed with the Navi 21 XTX GPU which is an entirely enabled die featuring 80 Compute Units or 5120 SPs. The card also gonna feature 80 16GB of GDDR6 memory across a 256-bit bus interface, a 512 GB/s total bandwidth, having clock speeds of 2015 MHz base and 2250 MHz boost at reference specs. The card will also feature 128 MB of Infinity Cache on the GPU die.