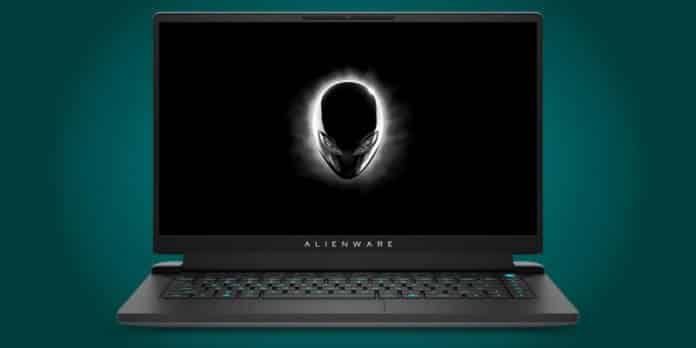 It is not clear that Alienware has made some mistake about the vBIOS or it is happening for something else. It has been found that some Alienware m15 R5 gaming laptops are contained with fewer CUDA Cores within GPU-Z for the RTX 3070 laptop chip, whereas there should be 512 cores less in total. After finding that some laptop owners are trying to answer that question.

It is a standard procedure for the manufacturing of laptops to mess with the clock speeds and TDPs to solve the cooling solution of the laptops and power delivery. However, it is not usual to reduce core counts to get a more palatable card, assuming that something more is happening here.

We know that Nvidia’s mobile RTX 3070 GPU is equipped with 5,120 CUDA Cores which seems to be 768 cores in the desktop model. However, on Reddit, some Alienware m15 R5 owners and the forums of NotebookReview also have observed just 4,608 cores reported for the duty in GPU-Z, which is still less in numbers.

It has also reported that there are only 144 TMUs and 96 numbers of ROPs instead of that it should be contained with 160 TMUs, but here the reduction has been checked out with the lesser core count of 4,608 cores which would build for 36 SMs and if you see then you find that there will be only four TMUs per SM among 144. So it is very lesser than the ideal, but it makes some sense.

Alienware R5 owners have taken it on them to try for some different options for a fix which maybe include flashing the vBIOS. However, it is hazardous for the gaming laptops as it can bricking the GPU, and if it is soldered, the GPU onto the motherboard of the laptop, making it double risky.

We can appreciate those who have figured out this entire thing in the process.

The BIOS is intended for the Alienware m15 R4 laptop; if loaded onto the R5, it could return the full 5,120 CUDA Cores. It is also reported that the laptops give high performance, so it appears despite the GPU within the affected R5 laptops, which are performing low for the underreporting vBIOS.

Users are expected that there will be some official fix to avoid the awkward flashing process, which may be the permanent solution for the people who are affected. Many have gone to the Dell for the answers.

It indicates that if you, unfortunately, got affected R5 laptop, then you may go for Dell support directly to know when it will be fixed, which is expected on the way soon. However, it is very risky that flashing of the vBIOS, so holding fire is recommended mostly until it is sanctioned fix in place.