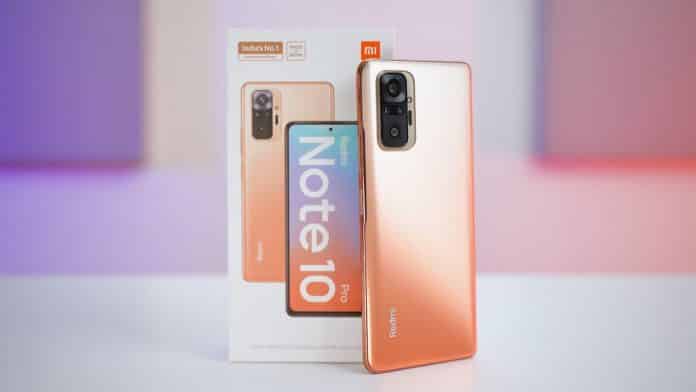 Redmi Note 10 Pro was launched in India last month. Among all the three Note 10 series smartphones this is the middle version having the Pro Max version at the top. But other than this there is yet another point we need to focus on. The company has made an un-noticed price hike for one particular variant of the Redmi Note 10 Pro in the country. This has been noticed by very few and it is officially made because we can see the hiked price both on the official website as well in the Amazon pricing.

Now coming to the actual pricing of the device during the launch, it was officially mentioned that the Redmi Note 10 Pro was priced at Rs.16,999 for the 6GB RAM and 128GB storage variant. You can check the full phone specifications and pricing details of the whole Redmi Note 10 series here. But now the company has made a price hike of Rs.500 for the 6GB+128GB variant across all its online selling platforms and now it became Rs.17,499.

What this price hike?

The company has not made this announcement of a price hike all over India for that particular variant of the Redmi Note 10 Pro. This not something a company will promote now and then, they only promote whichever method will get them more sales. In this case, according to our speculations, it might happen that people tend to buy this device more than any other variant of the series, so the company has made a price hike on that variant.

On the other hand, it might also happen that Redmi is planning to higher the sales of another device from under their brand. That is or will be priced around Rs.16,999 so that its sales go up and by increasing Rs.500 on Redmi Note 10 Pro variant, people tend to buy the prior device more than the similar priced Redmi Note 10 Pro 6G + 128GB variant.