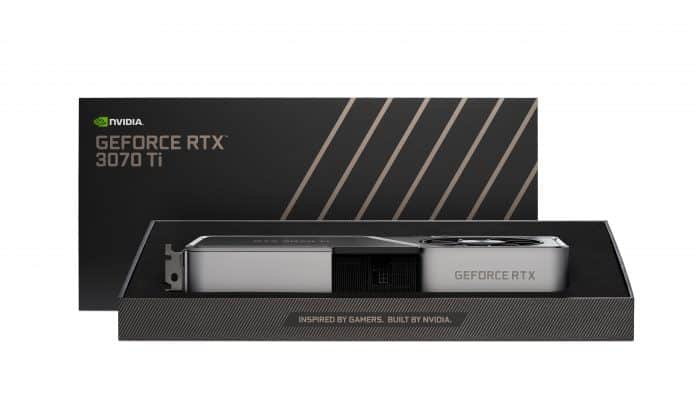 NVIDIA launched the much-anticipated successor to the last year’s most-loved RTX 3070 – the RTX 3070 Ti with a starting price of $599, just a $100 increase in price. Now, is it entirely worth spending the extra money? Well, reviews of the card are set to hit on 9th June, just a day before its availability.

The graphics card gives as much as a 20% performance boost over the $100 cheap RTX 3070 and is said to provide faster performance than even the AMD Radeon RX 6800 series. It comes with a full-flat GA104 GPU core based on the same Samsung’s 8nm process node, featuring 6144 CUDA cores or 48 SMs.

It will feature the same 256-bit bus interface and will be rated at 19 Gbps memory bandwidth like the GeForce RTX 3080 and the RTX 3080 Ti. So, with DLSS and ray tracing, you can expect good performance out of the RTX 3070 Ti paying just $100 more than the MSRP.

However, before the actual availability of the GPU, the card’s Geekbench CUDA and OpenCL performance scores have been leaked. The test system used here has been equipped with an Intel Core i9-9900K clocked at 5.0 GHz and 16GB of DDR4-3000 RAM.