The wait is over, here’s all there is to know about the BMW i4 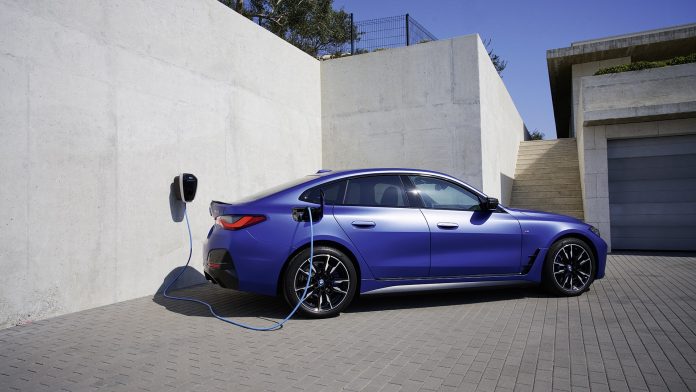 This is BMW’s second venture in the electric powered vehicle just a few months after the release of iX SUV.

The all new BMW i4 is the German automobile manufacturer’s electric series 4. The i4 built on 5th generation of BMW eDrive EV platform which combines with the electric motor, power electronic, charging system and high voltage battery. BMW has implemented the same platform as the iX SUV.

The BMW i4 comes in two variants the base model being i4 eDrive 40 having 335 horsepower, goes from 0 to 60 mph in 5.7 seconds along with rear wheel drive and has an estimated range of 300 miles.

While the performance model is the i4 M50 which comes with a 536 horsepower engine, goes from 0 to 60 in less than 4 seconds with all wheel drive and has a range up to 240 miles.

Both ranges are based upon EPA standard of testing.

The BMW i4 comes with a battery consisting of four modules each having 72 cells which accompanied by further three more modules of 12 cells. The net power sums up to be 81.5 KWh.

However, BMW is facing competition in the electric vehicle market from Tesla Model S, Mercedes-Benz EQS, Porsche Taycan and Audi A6.

The base model comes at a price starting from $55,400 and the performance model begins from at a rate of $65,900. In addition to this, the purchase also accounts for $7500 federal tax credit.

It also comes with a 12.3 inch information display and 14.9 inch control display angled towards the driver. It also has an advanced driver assistance system along with features such as lane-keeping, blind-spot detection, automatic emergency braking and adaptive cruise control.

The car is all set to come out in the first quarter of 2022. What are your views about the all-new BMW i4 Sedan? Share in the comment section.