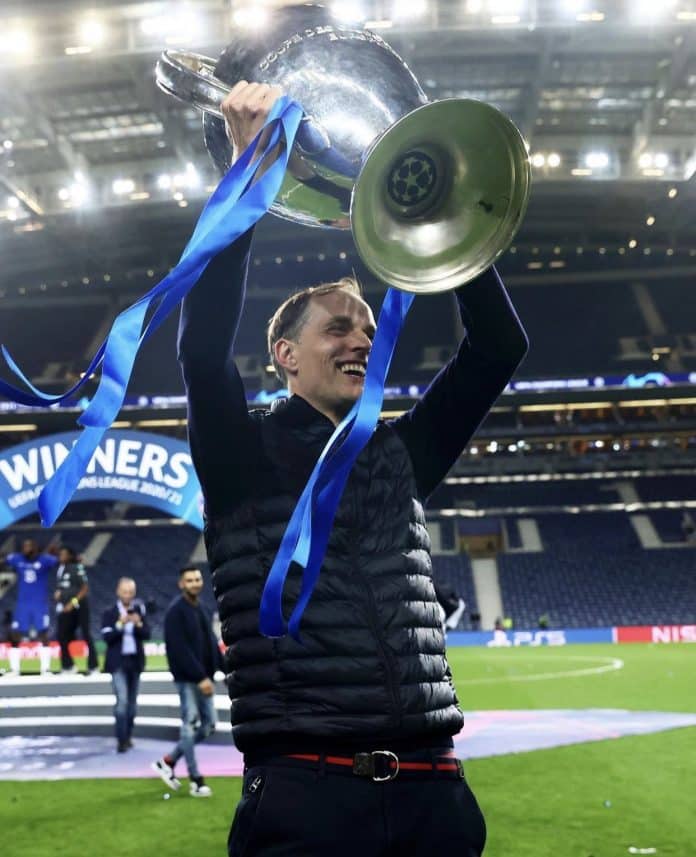 Thomas Tuchel led Chelsea to their second ever Champions League trophy after being in charge for only six months. The German has completely transformed the club, and the board sees him as the right man to lead the club going forward. He has been offered a contract worth three years, and the extension is to be announced soon.

Thiago Silva was also part of the PSG squad that choked against Bayern Munich in the finals of the 19/20 season. And the Brazilian, following his remarkable first season in England, is set to extend his stay for one more season with Chelsea. That announcement is also imminent.

Chelsea’s star in midfield, N’Golo Kante is also in line for an extension. There is currently no rush, as the player is with the French squad for Euro 2020 and has two years left on his current deal. He has an amazing relationship with the club and so do his agents. He wants to stay and the club wants to keep him, and contract talks will formally begin later in the summer, hopefully.

On the side of departures, Fikayo Tomori is set to stay at AC Milan permanently. The club has an option to buy for €28.5 million, and when they will decide to pay is key to the deal. They need to find an agreement with Chelsea whether to pay the money in one installment or split it up. Tomori has been very impressive at Milan and is liked on and off the pitch. It seems like a bargain to sign such a talented and performing  young centre-back like himself for that kind of money right now.

Olivier Giroud is also in talks to join Tomori at AC Milan. The club could offer him a  one year deal with the option to extend for another or a straight two year deal. But now, he is seriously thinking about moving to Italy and it seems realistic.

Lastly, on the topic of incoming transfers, Declan Rice is still on the list. West Ham’s price for the player is yet to be revealed, with the last valuation being in the region of €80 million. There is nothing advanced just yet, and the board only see him as a potential target this summer.