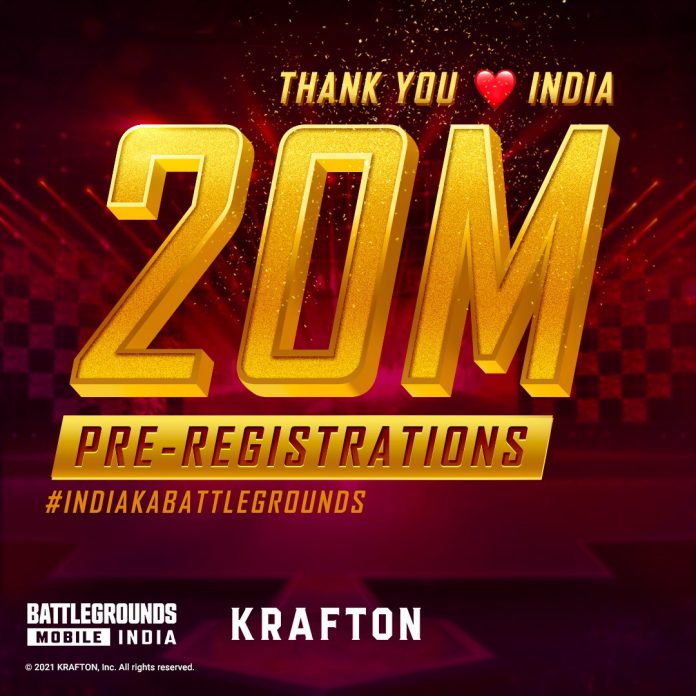 The hype is real. Battlegrounds Mobile India is going to launch in India somewhere within the third week of June month. The company had made the pre-registration link live in Google Play Store from 18th May in India, but the Apple App Store link has not been officially created yet.

Now the official handles of Battlegrounds Mobile India had finally declared that the pre-registration count has crossed over 20 Million in Google Play Store. This number is enormous for any pre-registration of a game, which is also within a span of two weeks.

Apart from this other streamers of PUBG Mobile India have revealed that Battlegrounds Mobile India will release in India on the third week of June. The pre-registrations are only applicable for Android users while for iOS users the game will be directly available from the time of launch to download from the Apple App Store.