Vivo X70 Series may launch in September in partnership with IPL 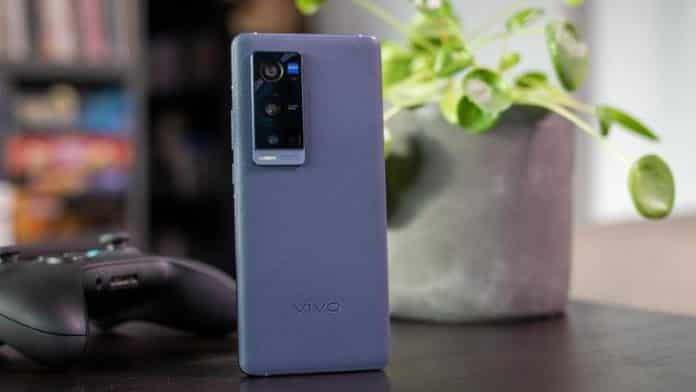 The X60 series first launched in China last year with a different processor under the hood. The Indian model swapped the Exynos chip in favor of a Snapdragon 870 for the X60 and X60 Pro. Now, it looks like the brand is preparing up for the launch of the Vivo X60 series successor smartphone soon. The next-generation devices will launch as the Vivo X70 series in September according to a recent report.

The company is planning to introduce the Vivo X70 series in India in September. The launch of this upcoming series will be done in partnership with the Indian Premier League which Vivo is already sponsoring. It is already reported that BCCI is planning to schedule the remaining IPL matches in September in the UAE. So, the launch of the X70 might happen in the same time frame.

A report claims the Vivo X70 series will be launched in India in partnership with IPL in September. The remainder of IPL matches has been scheduled to take place in September and October in the UAE as per the Board of Control for Cricket in India (BCCI). Vivo is a sponsor of IPL so it won’t be a surprise if the company is planning on launching its new flagship Vivo X70 series phones in line with IPL.

As far as the specs of the Vivo X70 go, it is supposed to offer somewhat similar specs as that of the X60 series, as per the source. The Vivo X60 series was launched with Exynos 1080 processor in China, while globally these phones were unveiled with Snapdragon 870 chipsets. We can expect the X70 series to come with a Snapdragon processor at least in the Indian market.

As of now, little or no has been tipped in regards to the Vivo X70 sequence. Early final month, key specs of the alleged Vivo X70 Pro+ surfaced online and it’ll probably be the top-tier variant within the sequence, similar to the Vivo X60 Pro+ was. The Vivo X70 Professional+ was said to come with a Qualcomm Snapdragon 888 SoC, a 4,500mAh battery with assist for 66W quick charging, and a 1/1.28-inch sensor for the first sensor. Aside from the SoC, these are upgraded specs over the Vivo X60 Professional+.

Vivo is also tipped to make use of the Samsung E4 AMOLED panel for the X70 Pro+. The phone might continue to come with an FHD pixel resolution with 120Hz refresh rate support. Apart from this, we even can see one significant change in the X70 lineup. The X70 Pro+ is tipped to feature a dual speaker setup, instead of the single speaker which we see in the X60 Pro+. And that’s all the information we know about the X70 Pro+.