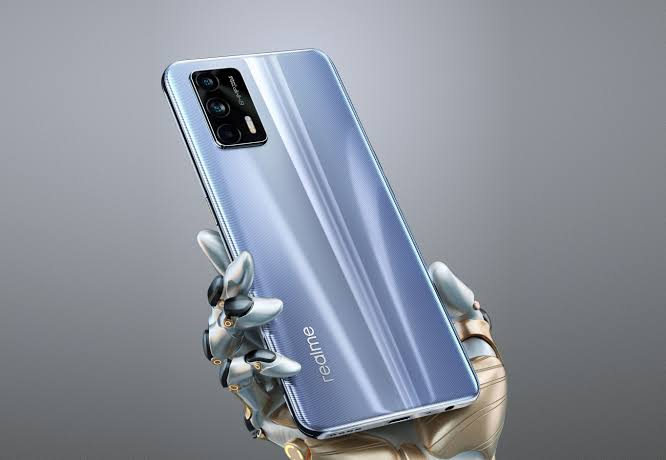 Realme had launched its very first flagship smartphone, Realme GT 5G in China earlier this year, but didn’t launch that globally. However, last month, a piece of news had popped up saying that the Realme GT 5G is coming to the European markets in the month of June this year. Apart from this, ahead of the European launch of this phone, the specs, color variants, and pricing of the Realme GT 5G have now been revealed by a tipster.

In terms of color variants, the Realme GT 5G will be available in two different color options (different back panel material as well): Blue with glass back and Yellow with Vegan Leather.

Realme GT 5G has three rear-facing cameras which include a 64-megapixel Sony IMX682 primary camera with f/1.89 aperture, a 119-degree 8-megapixel ultrawide lens, and a 2-megapixel macro camera. It also has a 16-megapixel front-facing camera. Realme GT’s flagship-tier chipset has EIS and can easily record 4K/60fps videos, while slow-mo support goes back to 720p/480 fps.

Realme has promised a Snapdragon 888-powered flagship processor. The phone is powered by a 4,500 mAh that supports 65W wired fast charging.