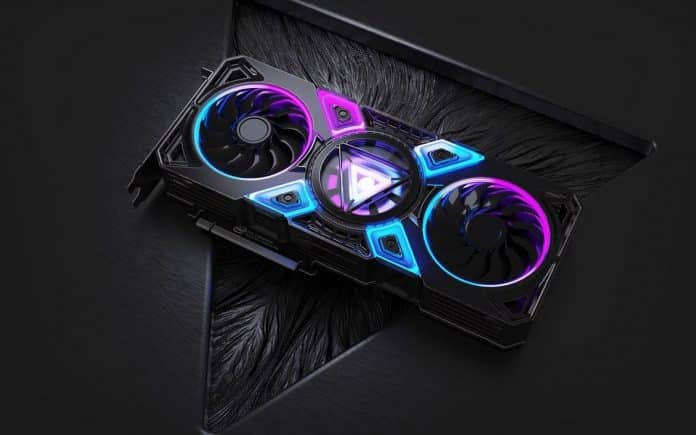 While gamers are craving for new gaming GPUs in the market, there’s a new contender in the market i.e. Intel shows off its first discrete DG2 GPU.

Raja Koduri, who is the (SVP, Chief Architect, and GM for Intel Architecture, Graphics, and Software) has revealed the upcoming graphics processor for the upcoming Xe-HPG based GPU series.

The chip has been labelled DG2-512, and it confirmed to have 512 Execution Units (4096 cores). This seems to be the new flagship GPU from Intel for the new DG2 GPU series that will be paired with up to 16GB of GDDR6 memory.

Raja Koduri also confirmed that DG2 is in development and the last few weeks were very productive at Folsom labs. Intel seems to be confident about its upcoming gaming GPU series and Koduri quoted Roger Chandler: “From jittery journeys to buttery smooth”.

He even revealed that the game optimizations of the GPU is still to take place in the future, so as expected the launch might not be happening very soon, the launch could take place by the end of this year for sure.

It is rumoured that there will be five SKUs based on the DG2 family, and at least three GPUs are to launch, including 512EU, 384EU, and 128EU models. The 512EU variant, shown here, will be used for discrete mobile and desktop graphics cards.

This is will an interesting competition to see between Intel, AMD and NVIDIA; also, gamers will be delighted to get more GPUs on the table.

Previous articleTSMC begins the construction of their Arizona Chip plant
Next articleApple switching to OLED panels for iPads despite switching to mini-LED for 12.9-inch iPad Pro

Intel is Committed to its Roadmap states Raja Koduri