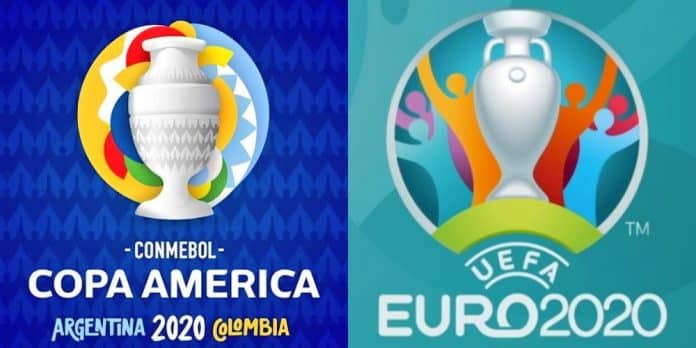 Both the European Championship and the Copa America were scheduled to take place in 2020, but due to the effects of the Coronavirus pandemic, both the continental tournaments were postponed to 2021.

Now, both UEFA Euro 2020 and Copa America 2021 is going to start this month. All the football fans, including those in India, are already hyped about the tournaments despite the alarming cases of COVID-19.

The football matches are a ray of hope for all the supporters and would definitely bring a smile to their faces.

Read: How to watch the Euro 2020 opening ceremony live in India?

Read: EURO 2020: Here’s the official list of the squads of all the 24 nations

So here’s how you can watch the UEFA Euro 2020 and Copa America 2021 matches live in India.

The UEFA Euro 2020 tournament will start on 11th June, whereas Copa America 2021 will start later on 13th June.

Read: EURO 2021 – Italy will play against Turkey on 11th June to kickstart the tournament; check out the fixtures in full

Where will be the tournaments hosted?

The UEFA Euro 2020 will be played in 11 cities across Europe, whereas Copa America 2021 will be held in Brazil.

Which TV channels will broadcast the UEFA Euro 2020 and Copa America 2021 matches live in India?

Sony Sports Networks India is the exclusive broadcasting partner of the UEFA Euro 2020 and Copa America 2021 in India. You can watch the match live on Sony channels.

“Sony Pictures Sports Network is committed to presenting our viewers with the best sporting action in the world and UEFA EURO 2020 is at the forefront of it. UEFA EURO 2020 is considered one of the toughest tournaments in the world because of the high quality of the participating teams and players. Our exhaustive coverage for the tournament to serve our viewers in six different languages and a comprehensive English language studio featuring prominent names like Louis Saha, Luis Garcia, Don Hutchison, David James, Bhaichung Bhutia and Sunil Chhetri.”

“We will also be telecasting Copa América 2021 which will feature, among others, Brazil and Argentina, two of the most popular international football teams in the country. We are presenting a Football festival for sports fans in India with both UEFA EURO 2020 and Copa América. We are presenting over 75 matches across 30 days and viewers can expect six to ten hours of daily LIVE coverage of all the biggest and most popular international football teams competing in these two events”

How can you watch the live streaming of the matches in India?

You can catch the live streaming of the UEFA Euro 2020 and Copa America 2021 matches in India on Sony LIV.

Previous article
Why signing Emerson Royal is a good bargain for Barcelona?
Next article
Huawei MatePad Pro launched with HarmonyOS

Top 5 breakthrough players of Euro 2020 whose values are skyrocketing