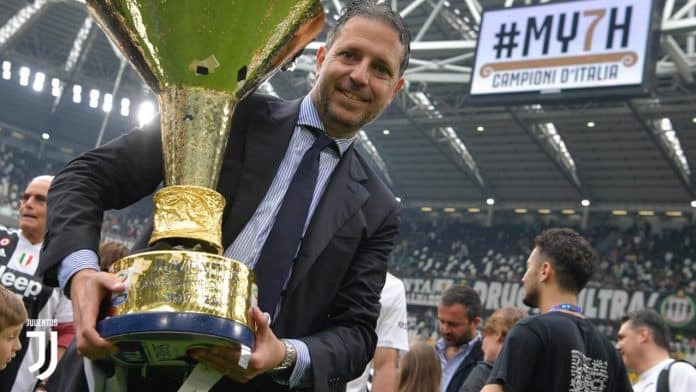 Former Juventus sporting director Fabio Paratici is being linked with a move to Tottenham Hotspur. Paratici left the club at the end of the season, as Juventus surrendered their Serie A winning streak to Inter, finishing fourth on the final day of the season.

Tottenham Hotspur did not do much better themselves, with the club finishing in seventh and qualifying for the inaugural Europa Conference League. Considering their status as one of the ‘Big Six’ of English football, this was surely not a desirable outcome.

And to make up for the severe drought of trophies that Tottenham have had to go through in their history, Paratici is seen as the answer. Spurs chairman Daniel Levy hasn’t had a sporting director at the club since 2015, but that could soon change if terms are agreed between the two parties.

Spurs want to sign Paratici alongside Antonio Conte this summer, who only recently left Inter Milan after two years in charge. Conte previously managed Chelsea, and led them to a league title, which goes to show that he knows the English format of the game well.

And with the managerial position vacant after the sacking of Jose Mourinho, and the temporary stint of Ryan Mason, the London club need a solid leader to help rebuild the team. And a fiery personality like Conte’s could surely be the right fit.

But it remains to be seen whether the Italian will make the move, especially considering his past with Chelsea and the links to the Real Madrid job this summer.