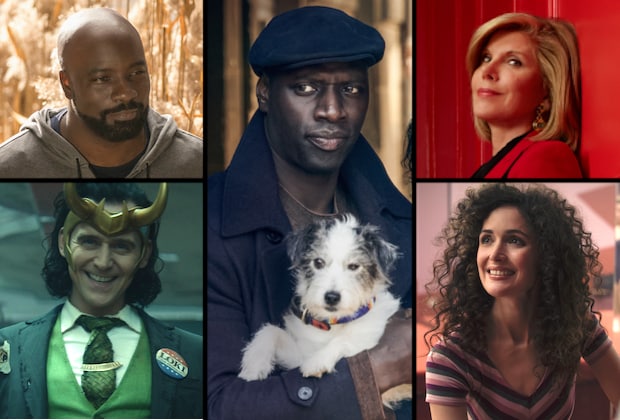 All the OTT Platforms are ready to gear up to launch some summer-filled blockbuster web series; it will provide a kick-off with their fantastic series lineup of June. In the coming days, all the OTT platforms will be filled with many original release shows.

This June, all the OTT platforms will release all categories of the web series, whether it is a thriller, rom-com, action, or horror.  This month, the streaming services have come with many incredible series with some original release like ‘Katla’, an Icelandic drama series besides Loki, DOM, L.A.Finest, Bosch, Alone, Summertime, Britannia, and many more.

This Icelandic drama series is based on the story of a small town named Vik in Iceland. In Iceland, there is a volcano named Katla that erupts and disturbed the life of Vik. It is not the end, it has also seemed that the volcano has also erupted several times from the pre-historic times.

This series is going to reveal another batch of episodes from the most-watched channels of YouTube, the season is label as “A Sunny Day for Play”.

This ABC Series will hit on Netflix in full form. T has been licensed to Netflix from Sony Television.

It is an incredible drama series that belongs to the United Arab Emirates.

It is a survival-type reality series in which the contestants have to find themselves stuck and also to survive in the artic.

It is a Japanese documentary series. This series is featuring with comedian Ryuji Akiyama.

This series can open a huge scoop for anime series on Netflix with the latest Sailor Moon Title.

The second season is based on the return of the Italian soap where it is again the summer and we have seen that in the first season how the relationship has formed.

It is an action drama series. This series is based on the Roman Army who has returned to smash the Celtic heart of Britannia.

This season starts with Axe closing ranks. In this, we will see Axe is determined to destroy Taylor and Chuck is struggling to regain power.

This series is based on an American publicist named Robyn who is working for a cutthroat London PR company that depicts troubled celebrities showing her client’s lives in perfect order.

This series focuses on the legendary football club and also the challenges that they have faced in their last season. It is expected that this would be an interesting series that depicts how a club such as Las Chivas will tackle the problem of the pandemic in 2020 on both sides the players and also the managers.

This series revolves around an L.A.P.D. the detective who is working to solve the murder case of a thirteen-year-old boy.

This series reveals Daym Drops who has taken a trip around America and looking at the best-fried food.

This series is the second and final season of the Bad Boys franchise that has been debuted on the Spectrum.

It is mainly a PBS documentary series based on personal stories about the beauty of the human body.

The story of this series is based on a hybrid deer boy and also a wandering loner who explores an extraordinary adventure. This fantastic series is created and written by Lemire.

It is a story of a Rose Hathaway who is half human and half vampire who is a guardian of Moroi where mortal vampires living peacefully within our world.

It is incredible Philippines series based on some mythical creatures from a place hidden among humans.

This Rebe from Elite will host a housewarming party in this short series.

This series follows Nadia who has returned to Spain for the wedding of her sister.

It is a very romantic Thai comedy series.

It is the second season of the preschooler animated series.

In this series, Jeff Foxworthy has returned with more episodes of the game show which is themed on the Bible.

It is Canadian comedy series.

This incredible documentary series is following the story of a group of penguins that are break all the rules.

It exposes Samuel who has attempted a huge romantic gesture at the airport.

It is an incredible Turkish fantasy series.

It is a fantastic Spanish drama. In the first season, it has depicts that Elite was trying to find out the killer of Marina with the night scenes as she was slain as well as a police interrogation. The second season has focused on the disappearance of Samu who is devoted to figuring out what has happened in turn to his loss and also afterward.

The third season of Elite shows the story of the murder of Polo in which we have seen that Lu has attacked accidentally Polo and also stabbed him into the chest with the bottleneck. The fourth season will show the commencement of a new school year at Las Encinas with a new director Diego Martin. In entire Europe, he is most strongest and powerful businessman to bring the Las Encinas institution on track. This series is once again returning with new faces.

It is a Korean love drama series that depicts new friends mixed with love and friendship.

It is a Chinese love drama series.

17.The World’s Most Amazing Vacation Rentals(Season 1)

This documentary series is based on traveling to the world to find out great vacation rentals.

It is a Korean love drama series. This series is based on two teen people who are unsuited for each other but at last enter into a relationship anyway.

It is an incredible documentary series that tells about the biggest moments in the history of pop music.

It is a dating reality show. This show comes for a second season.

It is a fantastic animation series based on Godzilla.

It is one of the huge live-action series to come out of Japan that has returned continuing with the adaptation of Zenra Kantoku Muranishi Toru Den.

It is a beautiful love drama series that is based on a love triangle among three people.

It is a British series that is returned with a full Netflix Original season. It is mainly a crime mystery series about a summer camp that becomes a nightmare.

9.Sophie: A Murder in West Cork(Season 1)

It is a crime documentary series based on a French film and TV producer who was murdered in her holiday cottage.

It is assuming that the second part has to wrap up for many situations. At last, the release date of the second part of the series has been announced. In the season 2 episodes, the gentleman thief Assane will search for Raoul and working to take his revenge on Hubert Pellegrini. Assane has faced some vital obstacles in which one of the facts is he is the most wanted man in France, according to the news report of the trailer.

It revolves around the story of Pedro who is a handsome boy from Rio de Janeiro’s middle class has been introduced to cocaine at an early age that takes him on the path to become the leader of a criminal gang.

It is Netflix’s upcoming Zombie thriller series. It revolves around the dark early days of a zombie apocalypse. The story of complete strangers who have banded together to find out the strength that they need to survive.

It is mainly a quirky murder mystery series that revolves around the housing society Sunflower. The resident of this society Sonu has dived into the murder mystery and become the suspected chief.

It is a funny Canadian comedy series. In the final season of this series, we will see Appa and Umma who are struggling with the medical diagnosis, and also Janet moves home.

It is Marvel’s upcoming series. In the trailer it has shown Loki catches up by the bureaucratic Time Variance Authority after getting teleported with the Tesseract in Avengers: Endgame and also diminishes the existence of the Time Variance Authority. He said that the timekeepers have built quite the circus, and he saw the clowns playing their parts of perfection.

This series is following the recovery addict and comedian Mae who wants to control the addictive behaviors and intense romantic nature that has been forced her life.

After waiting for a long time, the second season has been set to release. The story of The Family Man is based on the protagonist Srikant Tiwary appointed as an intelligence officer; he is straddling in the two worlds of his family and spying.

This series will depict how Srikant Tiwary, an ordinary man, comes to an extraordinary situation. Season 2 also features the digital debut of the popular Telugu actress Samantha Akkineni who will play an important role in this season. The trailer is also consumed with some funny moments and dialogue of Srikant Tiwari with his wife.