Tecno POVA 2 initial looks and specifications are out now 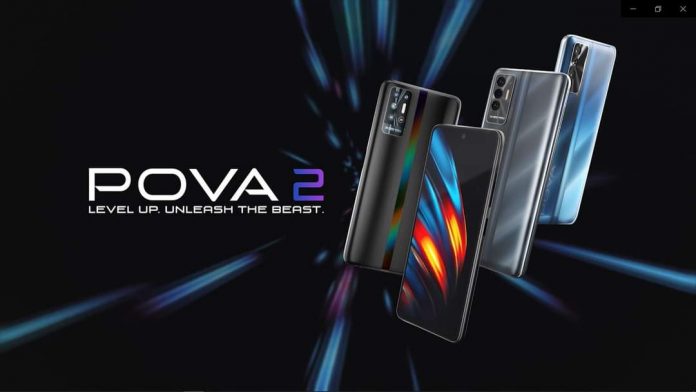 The Tecno POVA 2 is the next model in the line with the POVA series launched last year. Tecno has made significant upgrades to the POVA 2 which includes the price of the device as well that has been bumped up to 13,537 INR.

The Tecno POVA 2 will release with a 6.9″ IPS FHD+ LCD screen with 1080 x 2460 pixels resolution and feature a punch-hole design in the front for the front camera. Tecno has provided a side-mounted fingerprint scanner for the device.

The Tecno POVA 2 will feature a quad-camera setup on the rear, a 48MP main sensor, a 2MP macro lens, a 2MP depth shooter, and a dedicated AI lens. It features four LED lights on the rear and one up front. The front camera will be an 8MP shooter.

The area where Tecno POVA 2 leaves almost every other device in its range in the dust is its battery life. It comes loaded with a massive 7000mAh battery which is more than impressive! Charging your device frequently will be the last thing you will need to worry about. Tecno will provide an 18W charger for the POVA 2. Tecno claims the POVA 2 can charge from 0 to 100% in a time span of 92 minutes.

The Tecno POVA 2 will come with Android 11(HiOS 7.6) out of the box and will support dual sims. It will not have 5G support and can only handle 4G sims. The Tecno POVA 2 will feature a headphone jack, the standard 3.5mm one and will have ANC for its dedicated mic to reduce the disturbance during calls.

Tecno POVA 2 Launched in the Philippines: Price and Specifications