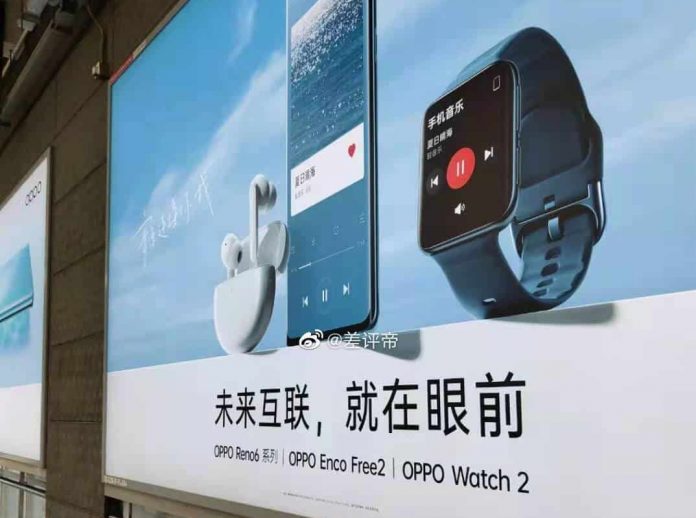 OPPO is gearing up to launch their second smartwatch, the OPPO Watch 2 according to rumors. The first OPPO Watch came into the market last year and resembled the Apple smartwatch due to its square design and was internally powered by the Snapdragon Wear 3100. This smartwatch is expected to launch in the second half of the year, which means we can expect a launch event by the end of June or after June.

The new OPPO Watch 2 will be powered with the Snapdragon Wear 4100 which outperforms the 3100. The global variant of the OPPO Watch 2 will mostly run on WearOS but the Chinese variant will supposedly feature the Android 8.1 OS.

The OPPO Watch 2 will also feature the Apollo4s chip which it has developed in conjunction with Ambiq, this will go hand in hand with the Snapdragon 4100 and will enable the watch to have longer battery life

Unlike its predecessor, the OPPO Watch 2 will come with 16GB of built-in storage, the leak also says the smartwatch will offer features such as new faces for the device, a stress detection function and an OPPO relax app.

OPPO has left the external design intact retaining the Apple watch like a square design. It may come with e-SIM support for LTE connectivity.

The price or release date of the OPPO Watch 2 is unknown as of yet, there are rumors of OPPO working on another wearable device, the OPPO Free Watch. It is a possibility that the specs leaked could be for a different OPPO wearable device as they seem to be working on multiple wearables at the moment.