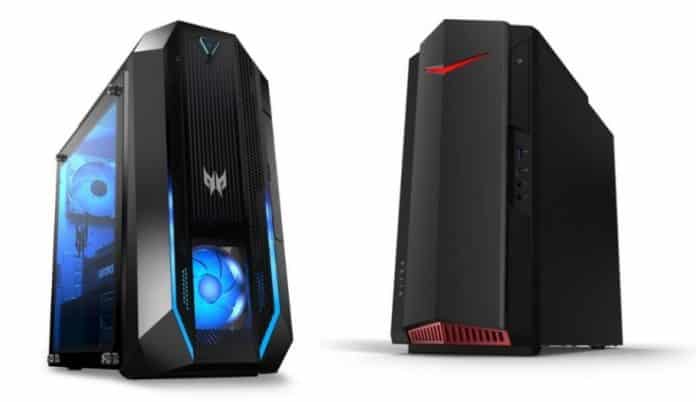 Acer has informed, that it’s going to bring some updates and enhancements to the series of Predator Orion 3000 and Nitro 50 gaming desktops. Both will feature the latest AMD Ryzen 5000 Series or the 11th Gen Intel Core desktop processors along with the NVIDIA GeForce RTX 30 Sers GPUs and a few improvements across the board.

The Predator Orion 3000 is the best for gamers who are looking for a best-in-class hardware experience that a mid-tower rig can offer. It features the 11th Gen Intel Core i7 processor and NVIDIA GeForce RTX 3070 GPU with a 64 GB DDR4 3200 MHz memory.

The GeForce 3070 GPU in the Predator Orion 3000 is powered by the NVIDIA Ampere architecture, it is NVIDIA’s second-gen RTX architecture. For cooling, it uses the 92×92 mm custom-engineered FrostBlade fan which has special patented blades that can deliver both air flow and high static pressure to ensure the machine is properly cooled to operate at optimum levels.

Coming to the Acer Nitro 50 series (N50-620 [Intel] and N50-120 [AMD]), it brings improvements across the board, a better gameplay experience, some extra features, and a more immersive experience. It is able to feature up to the 11th Gen Intel Core i7 processor or the AMD Ryzen 9 5900 series desktop processor, and an NVIDIA GeForce RTX 3060 Ti GPU. Both the Nitro 50 variants come with up to 64 GB dual-channel DDR4 3200 MHz memory.