“The Witcher: Blood Origin”- All we need to know about Netflix’s Witcher Series 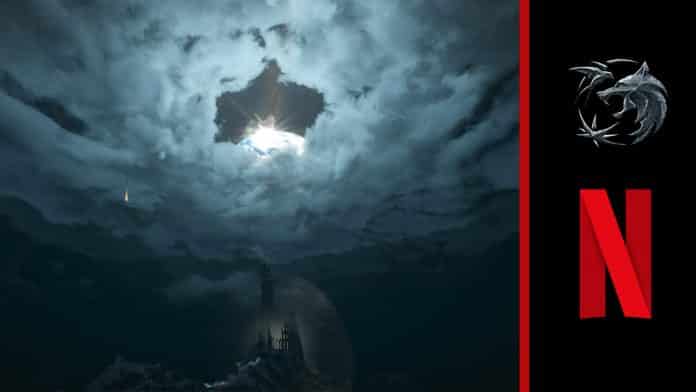 Netflix is going to enter The Witcher franchise. There are also two other titles for filming season 2. In this the first one is The Witcher: Nightmare of the Wolf; it is an animated film; this film is focusing on the early years of the mentor of Geralt, Vasemir.

The second one is The Witcher: Blood Origin; it is an incredible live-action six-part limited series based on the events that reveal the Spheres’ conjunction and the making of the first witcher.

The plot of “The Witcher: Blood Origin”

If you follow The Witcher series, you might know that The Witcher is based on the beloved series of books written by Andrzej Sapkowski, which is also influenced by CD Projekt Red’s famous video games. After touching on some events like the Conjunction of the Spheres, it is clear that the story will depend more on the imagination of the writers as very little is known about the history of the Continent.

The Witcher universe is mainly famous in waves. At first, it came to gnomes and after that to the dwarves and finally to the elves. As the elder races do not co-exist in peace, then the Conjunction of the Spheres have thrown to the world into chaos and trapped all kind of strange creatures from the other dimensions, including monsters and humans. It is still unknown about the cause of the Conjunction or how it is transpired, which has been changed the image of the Continent forever.

The creation of the first witcher has been shrouded in myth as the Conjunction. After a long time of the monsters appearing on the continent, a group of renegade mages has come together to forge a weapon against those strange creatures.

In this sorcerer, Alzur was responsible for the most horrible abominations through magic. The creation of the first Witcher is seriously a painful ritual known as the Trial of the Grasses. The people who have survived, enhanced, gained speed and agility have made them the extreme monster slayers.

The Witcher: Blood Origin set into The Witcher timeline

After the announcement of Blood Origin, Netflix also depicts a short description. It depicts that the series is based on the continent but 1200 before the events of the main series. It also explores that the six episodes will depict the tale behind the two significant events in The Witcher genre, The Conjunction of the Spheres, that has merged with the world’s monsters, elves, and also human to one. After that, the first witcher was created.

All the information about this series indicates that it will contain six episodes in which each telling the story of another, which you can compare with Disney’s Mandalorian. Assuming this series has covered about a thousand years of witcher history, there will definitely be some big skips in between each episode.

It may also split into two events; the first episodes will focus on the Conjunction, where the last reveal the story of the first witcher. There is also a possibility that the first witcher in the synopsis is an earlier category than the mentioned one on the official timeline of Netflix.

The Witcher: Blood Origin has been many characters such as Eile, who is The Lark Lithe and Princess Merwyn; there is a male lead called Fjall Stoneheart, which Laurence O’Fuarain performs, he has a strong physique, gritty and visceral, Jon Prophet performs the Severed, There is also a character named Captain Eredin which is performed by Jacob Collins-Levy he is the king of the Wild Hunt.

It has informed that at last three supporting roles have been cast the first one is Character G, who is an intelligent assassin, the second one is Character z, who is a mystical conduit with cerebral palsy, the third one is Fabbri, who is a very tall and muscular person but she is deaf. This character is very dangerous, witty, and delighted, Salliche, a very young scientist, Kaali wife of Salliche, Utharis, a witty, cynical sellsword.

At first, Jodie Turner-Smith was fixed for the role of Eile”The Dark” Lithe but for some scheduling issues, he does not perform this role. There are also a lot of roles are have to reveal which is included with the actress about who is the replacement of Turner-Smith in the important role of Eile.

When this series was written then no date was released y the streaming giant. After a huge delay in the production, the series has set to start filming this August, and it seems to be wrap before the end of the year. If you think finishing filming is the last step, then hold on after the filming there are many months need for post-production.

The first season of this series taken six months for the post-production. This time it is expected that it may not take as long as it is contained with only six episodes to work. It is challenging to say the exact time, but if everything continues nicely, it is expected to release in the Summer of 2022.