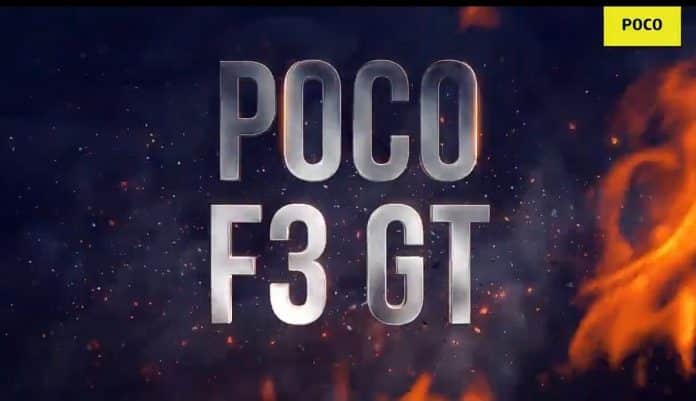 Apart from this, the company has also shared a teaser video about the smartphone where it has revealed some of its specifications. It is now confirmed that the POCO F3 GT will be powered by MediaTek Dimensity 1200 chipset. The launch is teased to be in Q3 2021. So we can expect an event in July or later or it’s also possible that there will be an event in late June with the online sales later.

Other expected feature of the upcoming POO F3 GT are 120HZ AMOLED display protected by Gorilla Glass. Rear camera module is expected to have a 64Mp primary sensor and a punch hole camera at the front. The storage modules are expected to start from 6GB RAM and 128GB of internal storage. We are expecting an LPDDR4x RAM type and UFS 3.1 storage. Apart from MediaTek Dimensity 1200 chipset the smartphone will have a big battery and high charging capacity.