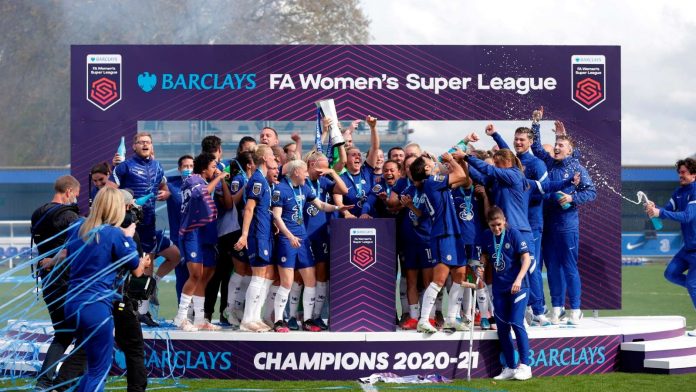 Let’s take a look at all the award winners:

Chelsea’s Fran Kirby scored 16 goals and provided 11 assists in 18 games as they lifted the FA Women’s Super League trophy. She was instrumental in her side’s success and has been rightly awarded the Player Of The Season award.

Chelsea manager Emma Hayes was awarded the Manager Of The Season award for the second successive time. She said: “When I win awards like this, it’s because of them, because of the people they are. And, I’m grateful for that.”

Arsenal striker Miedema scored 18 goals this campaign which included a stunning volley against Tottenham to win the Goal of the Season award.

Save of the Season: Manu Zinsberger (Arsenal)

Arsenal goalkeeper Manu Zinsberger made three terrific saves against Tottenham, which earned her the Save of the Season award.