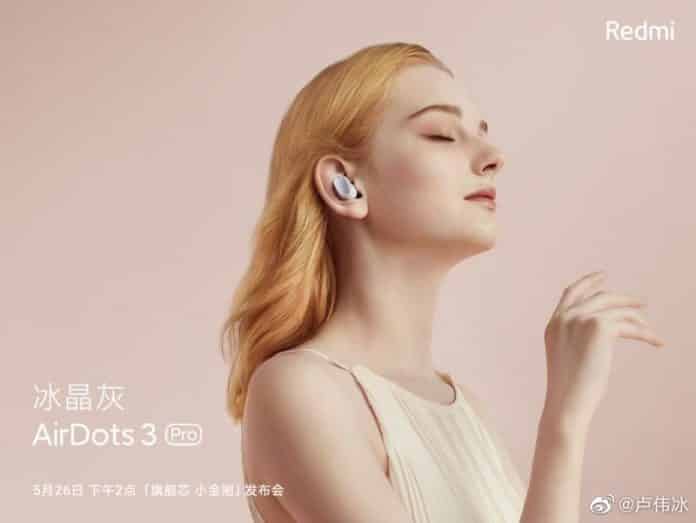 Redmi is all set to launch its much-awaited Redmi Note 10 series in China tomorrow, in the last moment of surprise, Redmi has revealed that they will be releasing a new pair of wireless earphones with ANC as well, the Redmi AirDots 3 Pro. It will be the first truly wireless earphones that will come along with ANC from Redmi.

From what Redmi has revealed as of now, the earphones will come with Pro-level flagship grade-worthy noise reduction performance and it also supports deep level noise reduction.

The Redmi AirDots 3 Pro will feature an ultra-low latency mode which may be the “lowest latency noise reduction headset in the industry” according to Redmi. It is touted to offer pro-level appearance, quality, and cost-effectiveness.

The AirDots 3 Pro will come with different modes of noise reduction, including office, daily mode, and air tour mode along with transparent mode which avoids complete isolation from the surrounding environment.