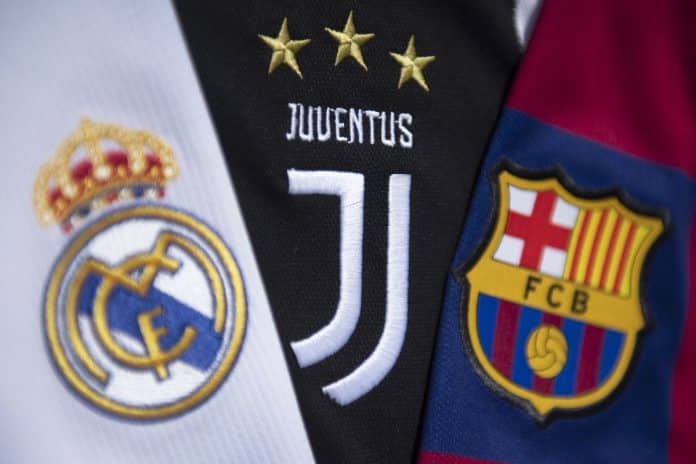 The 12 European clubs which decided to form a breakaway European Super League have faced backslash from everywhere. Out of the 12 clubs, 9 clubs have already backed out officially, though that didn’t rule them out of some punishment by UEFA.

The remaining three clubs, Real Madrid, Barcelona and Juventus, still haven’t backed out from the European Super League, and UEFA has opened disciplinary proceedings against them.

Now, Real Madrid, Barcelona and Juventus have released an official statement that they remain committed to modernising football through an open dialogue with UEFA.

BARCELONA, JUVENTUS AND REAL MADRID REMAIN COMMITTED TO MODERNIZING FOOTBALL THROUGH AN OPEN DIALOGUE WITH UEFA

FC Barcelona, Juventus FC and Real Madrid CF wish to express their absolute rejection of the insistent coercion that UEFA has been maintaining towards three of the most relevant institutions in the history of football. This alarming attitude constitutes a flagrant breach of the decision of the courts of justice, which have already made a clear statement warning UEFA to refrain from taking any action that could penalise the founding clubs of the Super League while the legal proceedings are ongoing.

Therefore, the opening of disciplinary proceedings by UEFA is incomprehensible and is a direct attack against the rule of law that we, the citizens of the European Union, have democratically built up, while constituting a lack of respect toward the authority of the courts of justice themselves.

From the beginning, the Super League has been promoted with the aim of improving the situation of European football, through permanent dialogue with UEFA and with the objective to increase the interest in the sport and to offer fans the best possible show. This objective has to be achieved in a framework of sustainability and solidarity, especially in a precarious economic situation such as the one many clubs in Europe are currently experiencing.

Instead of exploring ways of modernizing football through open dialogue, UEFA expects us to withdraw the ongoing court proceedings that question their monopoly over European football. Barcelona, Juventus and Real Madrid, all of them more than a century old, will not accept any form of coercion or intolerable pressure, while they remain strong in their willingness to debate, respectfully and through dialogue, the urgent solutions that football currently needs.

Either we reform football or we will have to watch its inevitable downfall.

Previous articleASUS ROG Zephyrus G15 with up to AMD Ryzen 9 5900HS & RTX 3070 now in India, starts at ₹ 1,37,990
Next articleSimranjit, Jaismine and Sakshi advance into semis as India assured of 12 medals at 2021 ASBC Asian Boxing Championships