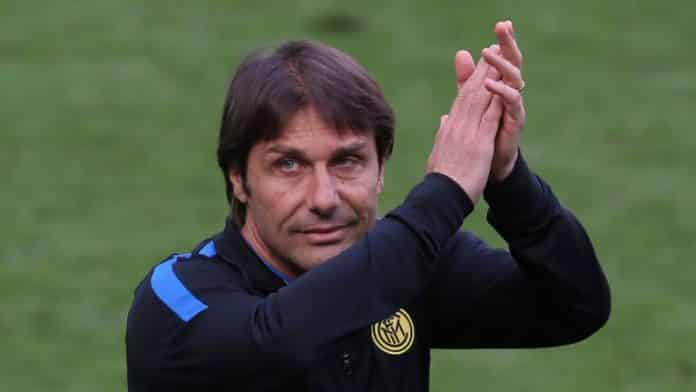 Inter Milan confirmed the shock departure of Antonio Conte. It is announced that Antonio Conte leaves the club by mutual consent after just two seasons in charge.

Conte took charge of Inter Milan in 2019 and secured second place in his first full season before going one step further and winning the title in 2020/21. It was Inter’s first league title since treble-winning 2009-10 season. The achievement ended their 11-year wait for the Scudetto while simultaneously concluding nine years of Juventus dominance.

Recently, Antonio Conte has some issues with the club’s officials regarding the selling of some players. Inter Milan is currently suffering financially, and the club is preparing to sell about €80m of players this summer because of their finances. Some key players are also on the selling list, which Conte disagreed with. Most people believe that this is the reason behind his decision of stepping down from his job.

However, the club told stated that “FC Internazionale Milano announces that it has reached an agreement for the consensual termination of the contract with the coach Antonio Conte.”

“The whole Club would like to thank Antonio for the extraordinary work he has done, which culminated in winning the nineteenth Scudetto. Antonio will remain forever in the history of our Club.”

According to multiple reports in Italy reports from Italy; Lazio head coach Simone Inzaghi is the favourite to take over at San Siro, with Massimiliano Allegri also shortlisted.

However, nothing has confirmed regarding Conte’s future till now, but FC Barcelona, Juventus are monitoring the situation.

Why did Inter miss out on Paulo Dybala and Gleison Bremer despite being close to completion?