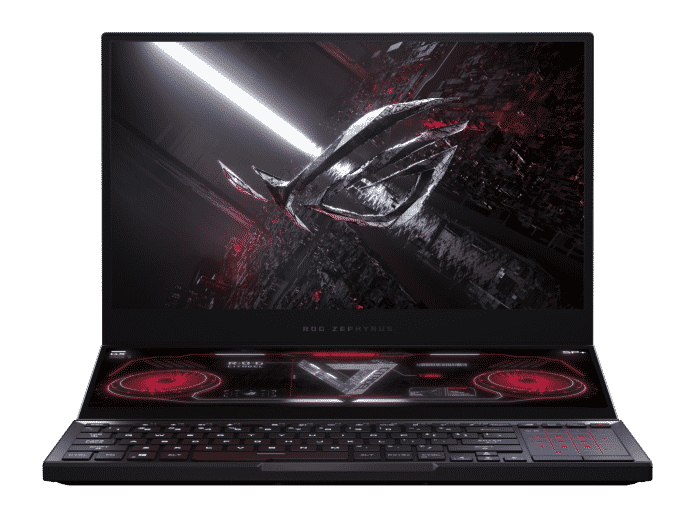 ASUS India has finally brought the new AMD powered gaming laptops to India and gamers can get their hands-on with these premium ROG laptops. Among them, the beastly ROG Zephyrus Duo 15 SE is now available with up to AMD Ryzen 9 5900HX & NVIDIA GeForce RTX 3080 graphics.

The 2021 Special Edition update has seen the laptop making the leap from Intel Comet Lake-H to AMD Zen 3 up to the Ryzen 9 5900HX including a new liquid metal cooling. Meanwhile, the GPU will get an upgrade to the GeForce RTX 3070 with 8 GB of RAM or RTX 3080 with 16 GB of RAM.

What is still subject to test is the claim made by Asus of having clock rates of up to 1645 MHz and a TDP of 115 W. The Taiwanese company is also yet to specify if the new GPUs will be Max-Q or Max-P either since last year’s Zephyrus Duo 15 was limited to the GeForce RTX 2080 Max-Q.

The laptop possesses a 15.6-inch main display, that users can now configure with a 120 Hz 4K UHD panel with full AdobeRGB coverage and fast 3 ms response times. The version released last year was limited to 60 Hz 4K UHD only.

The internal changes mentioned above, other than that, the chassis or external design remains unchanged including the 14.1-inch ScreenPad Plus. It is worth noting that the system does not include Thunderbolt support. Starting at $2899 USD, the ROG Zephyrus Duo 15 SEis now available for pre-order.

The laptop has been priced at Rs. 2,99,990 and will be available from Asus Exclusive Stores, ROG Stores, Amazon, Flipkart from today.