“The Eternals”: All We Need to Know about Marvel’s new superhero film 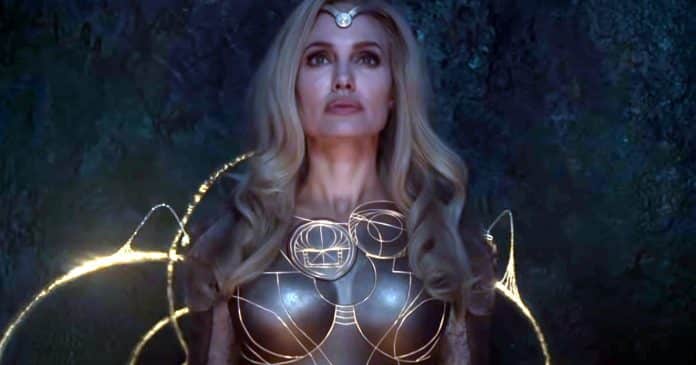 Marvel has released the official teaser trailer of Eternals. After Black Widow and Shang-Chi and the Legend of the Ten Rings, it is the third installation of Marvel. It will be going to release in November. The film is created by Jack Kirby, who is the main artist behind Marvel’s popular heroes and villains.

This film is based on a group of ancient, cosmic superpower living beings on Earth. They possess the ability to gather their distinct superpowers, which they use while fighting with their mortal enemies, who are the Deviants.

We have seen that the teaser trailer of the film has already been released on 24th May. It assumes that the scope of Chloe Zhao’s reveal on the superhero flick makes it a serious awards nominator for 2022.

The Eternals were born from the brain of Jack Kirby, who is the legendary comic book writer and co-creator of Marvel royalty such as Captain America, Fantastic Four, Thor, Hulk, Iron Man, X-Men. It seems that Kirby has just taken the idea of immortal.

The main question is the identity of The Eternals. The Eternals are mainly dammit immortal super beings who have come from outer space and live on the Earth for thousands of years. We all know about the X-Men like him; all of them have their unique abilities, they have the power to combine to form a strong entity known as a Uni-Mind.

The superbeings utilize their powers for some good, not like the Deviants who is a rival of The Eternals for millions of years and has to reveal as a villain of this film.

They both are created by the Celestials who are the more ancient creatures whom we can say the gods of Marvel Universe. It has seemed like the Celestials will appear in the movie in some form it would not be the first time that they have cropped in the MCU.

The Eternals as the Chronology of the MCU

In November 2020 when the Black Widow has set for years before the events of Avengers: Infinity War or Endgame. The official summary of the film reveals that The Eternals will be picked up after Mighties Heroes of the Earth with Thanos.

It said that Marvel Studio’s The Eternals revealed with an incredible new team of Super Heroes in MCU, as the ancient aliens who are already living on the Earth in secret for thousands of years.

It follows the Avengers: Endgame where some y unexpected tragedy had forced them out of the shadows to combine against mankind’s most ancient enemy who is The Deviants.

The boss of Marvel Studio Kevin Feige has declared that The Eternals have a huge cast. This film will be featuring Angelina Jolie who will be featuring as play warrior Eternal Thena, Richard Madden who is the substitutes of Superman Ikaris, Kumail Nanjani as Kingo, Brian Tyree Henry as the brilliant inventor Phaistos, train to Busan’s Don Lee who is the strongest Gilgamesh, Barry Keoghan as Spy Drug, Gimma Chan as Sersi, there are also three characters who are interchanged from male to female, Salma Hayek as powerful leader Ajak, Lauren Ridloff from Walking Dead as Makkari, Lia McHugh as Sprite who just looks like a child, Kir Harington as Dane Whitman.

Marvel can take few risks at the beginning of The Endgame, and you can assume that The Eternals maintain a similar balance of comedy and drama as the other MCU image. You have to watch it in action to understand the appeals of these characters, but we have previously seen that Feige and the team always open a new direction to the MCU.

Originally it was fixed for November 2020 but the theatrical debut of this film has been pushed back to 5th November 2021. It is the second delay of this film due to coronavirus. As it was delayed for the first time to February 2021.

Here is the teaser trailer of The Eternals: