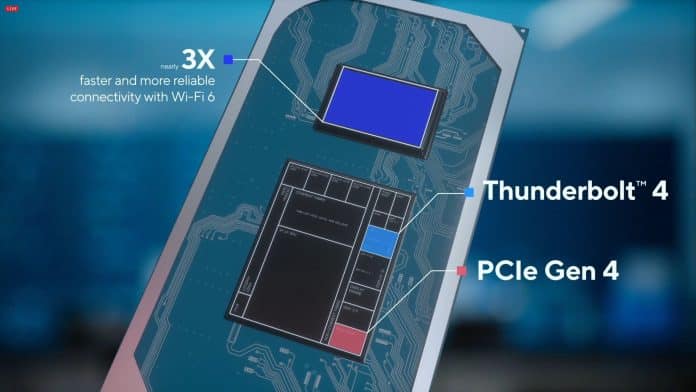 Intel has silently launched two new processors of their TGL-R series or simply the Tiger Lake Refresh CPUs. Intel did confirm this only last month and said these new CPUs would launch sometime in 2021, and already the first products have been listed by retailers.

Xotic PC has recently listed the new MSI Summit E16 Flip Evo laptop with both of these new CPU options. The laptop comes with a 16-inch QHD screen and is powered by Intel Tiger Lake CPUs with integrated graphics.

Interestingly, the onboard Intel Iris Xe graphics with these new Tiger Lake Refresh CPUs said to feature 96 Execution Units, which is more than Intel’s own Xe-LP-based discrete GPU for desktops with up to 80 EUs.

The new flagship Intel Core i7-1195G7 processor will feature a base clock of 2.9 GHz and boost up to 5.0 GHz, first to hit such high clock speeds at low TDP. While the budget Intel Core i5-1155G7 comes with a lower base clock of 2.5 GHz than the 1145G7, however, the boost will increase to 4.5 GHz, still both of them having quad cores and 8 threads.