Realme X7 Max 5G Launching on 31st May in India 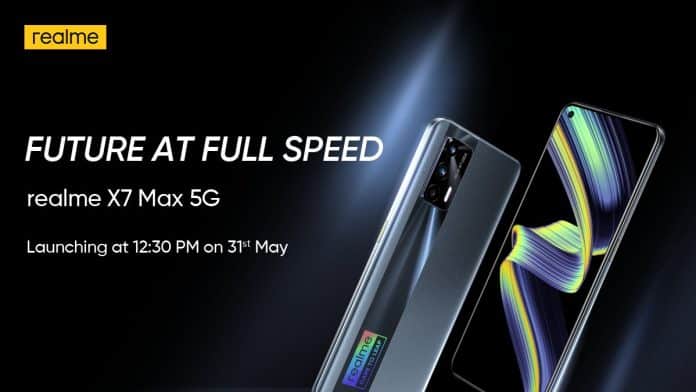 Realme X7 Max 5G is finally launching in India on May 31. The company was teasing this smartphone for the last month and now the company has finally revealed the launch date. Previously the scheduled launch was expected on May 4th, but it was postponed due to the pandemic situation in India.

Realme X7 Max is the rebranded version of the Realme GT Neo 5G that was launched a month ago in China. Realme India has also revealed some of the specifications of the smartphone including 64MP + 8MP + 2MP triple rear camera setup, 179grams, and 8.4mm lightweight design. The phone will feature MediaTek Dimensity 1200.

The product page of Realme X7 Max 5G is live now and the above-mentioned specifications are the only official confirmations as of now. It is expected that the company will reveal more about the smartphone ahead of the launch.

We can expect more or less the same specifications of the Realme GT Neo 5G in the upcoming Realme X7 Max 5G. Apart from the smartphone Realme will also launch Realme SMART TV 4K ( 50″) & (43″) on the same day. We will discuss these smart Tvs in our upcoming article, so stay tuned and follow our blog to know more about the latest tech and sports news around the globe.