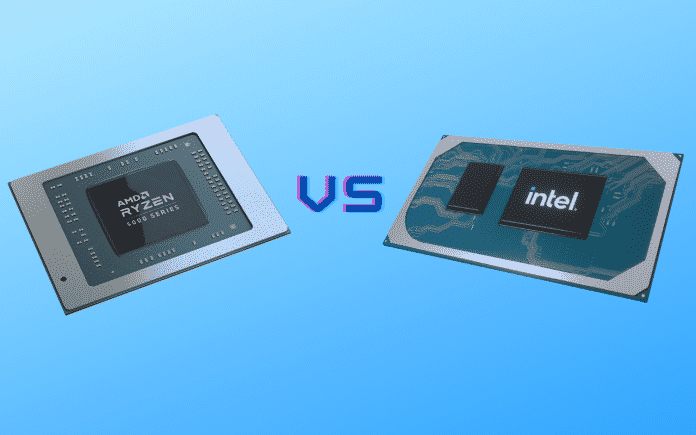 Intel has recently launched the new 10nm based Tiger Lake-H processors with 45W TDP for new gaming laptops. Although Intel really made some bold claims against AMD during launch, the benchmarks seem to deceive it, as, in one of the most basic benchmark like CPU-Z, the hexa-core Core i5-11400H doesn’t perform well.

Thanks to @TUM_APISAK, the new Intel Core i5-11400H with 6 cores and 12 threads along with up to 4.50 GHz boost frequency manages to score 528 points in single-core and 3301 points in multi-core benchmarks of CPU-Z.

Compared to the CPU-Z benchmark of Ryzen 5 5600H, the Intel CPU is nowhere near; the AMD CPU scores 547 points in single-core and 4228 points in multi-core benchmarks.

So, even though the Ryzen 5 5600H goes up to only 4.2GHz, it scores better points in CPU-Z and doesn’t forget the slight efficiency advantage AMD has over Intel. Also, it’s worth noting that both of these gaming processors will end up being used on budget gaming laptops, so by performance metrics, the Ryzen 5 5600H is indeed better.

Share
Facebook
Twitter
Pinterest
WhatsApp
Linkedin
Previous articleTop 5 important factors which sum up how Lille defied the odds to claim the Ligue 1 title
Next articleOne step away from a medal, four Indians in action on Day 2 at the 2021 Asian Boxing Championships