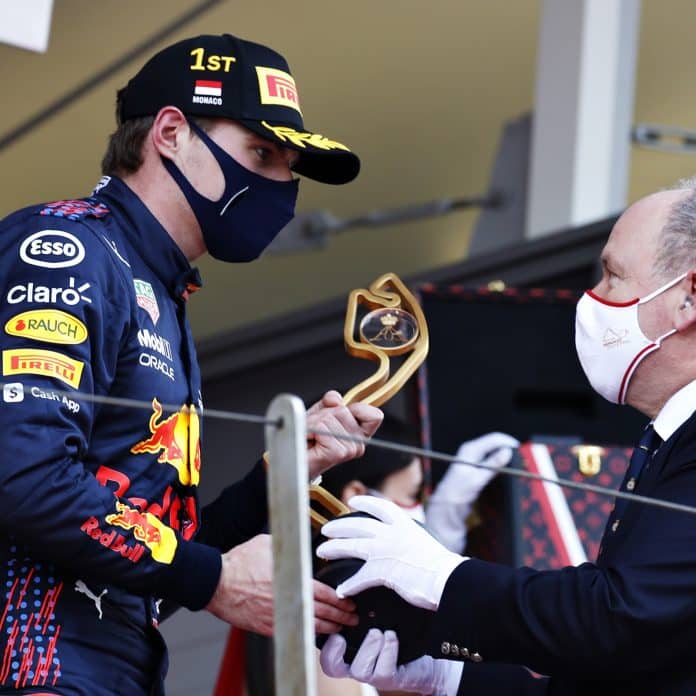 Max Verstappen won the main race in the F1 Monaco GP, with Carlos Sainz of Ferrari finishing second. The pair were joined on the podium by Lando Norris of McLaren as he finished third.

Verstappen was in pole position following an unfortunate incident with Charles Leclerc’s gearbox. The Ferrari team could not fix the issue in time for the race to begin, and Leclerc had to surrender his pole position ahead of the race.

“It’s so special to win. The first time [for me] on the podium here. It was all about looking after the tyres. I was pretty much in control,” Verstappen said post-match.

World champion Lewis Hamilton finished 7th, which means Verstappen has claimed the lead in the driver’s championship for the first time in his career. He leads Hamilton with 105 points, as compared to his 101 points.

His second win of the season and his first podium at Monaco was earned after a very successful day, which saw Verstappen surrender his lead only at the pit stop.

Sergio Perez of Red Bull finished fourth while Sebastian Vettel maintained his record of never finishing lower than 5th in a race in Monaco.

“We leave here leading both championships for the first time in the hybrid era, and so that’s really encouraging.

“No one is getting carried away, there is an awfully long way to go, but to be as close as we are is encouraging.”