Juventus make it into the Champions League as Napoli stumble down 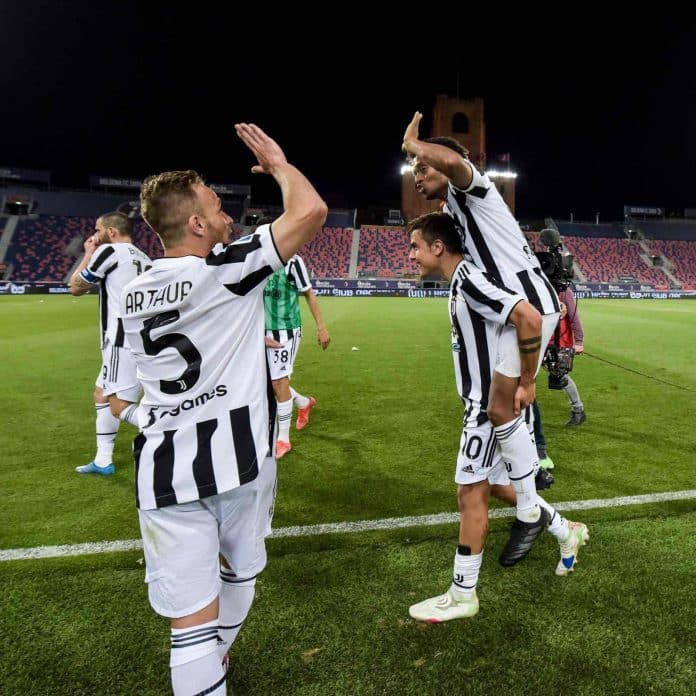 The 20/21 Serie A season was played out to a conclusion yesterday, as Juventus secured Champions League football with Napoli choking up against Verona. The Bianconeri were dependent on Napoli dropping points to finish within the top four, and Verona did enough to hold them to a draw.

Juventus were crackling right from the get go against Bologna, with Federico Chiesa netting his 9th goal of the season at 6 minutes to fire the visitors into the lead. Paulo Dybala assisted Alvaro Morata at the half hour mark to double Juventus’ lead and Adrien Rabiot scored at 45 minutes to add yet another one.

Juventus goalkeeper Wojciech Szczesny assisted Alvaro Morata for his second goal of the game, two minutes after half time as Juventus went four up. Bologna substitute Orsolini managed to pull one back for the hosts late in the game but it was too little too late.

Fans of the former Serie A Champions can breathe a sigh of relief, as the prospect of playing Europa League football next season is still a bad dream. The club has dropped in it’s standards this season, surrendering their nine year Scudetto winning streak to rivals Inter Milan.

Andrea Pirlo’s future at the club is uncertain, and the board is expected to make a decision about it in the coming weeks. However, they have something positive to take away from the season with Juventus’ Coppa Italia victory against Atalanta.

Share
Facebook
Twitter
Pinterest
WhatsApp
Linkedin
Previous articleDr Lisa Su Secures 731 Million Votes, Gets Re-Elected to the AMD Board of Directors
Next articleNext-Gen GPUs of NVIDIA, AMD Rumored To Be More Than Twice As Fast Than Ampere & RDNA 2