“Fresh on Prime”: Amazon Prime Video has Dropped an exciting trailer of the Upcoming Shows 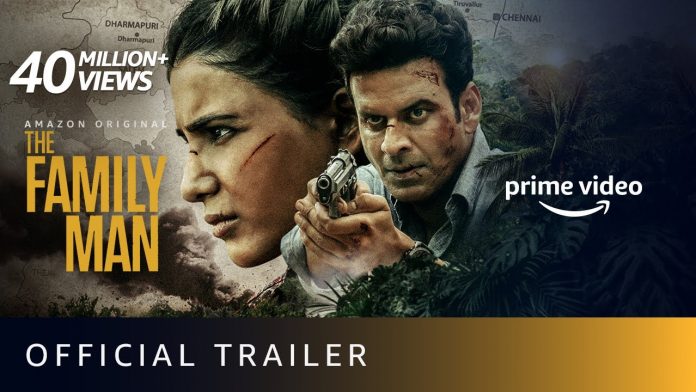 Amazon Prime Video is ready to gear up to launch some summer-filled blockbuster movies; it will provide a kick-off with their incredible June lineup. In the coming days, Amazon Prime Video will also fill its library with many original releases and shows.

Here is a list of the top upcoming shows will release on Amazon Prime Video:

It is a fantastic film. It revolves around a man and a woman who are from two different Indias. Both of them are not united with each other opinions but they are agreed on one thing which is their mistrust, suspicion, and hate for each other.

It is a one-hour spot culmination show of Gaurav Gupta. In this show, he depicts his years of observation and personal anecdotes on the Baniya Way of Life. He portrays his humour and relatability from his own experience which will engage us and provides some hacks to survive in the world of Business Conquering Baniyas.

It is a Hindi psychological thriller movie. It revolves around a heartbroken writer who is struggling with the block of writer went to a hill station after reaching that place he has found his love again but a mysterious serial killer comes alive and kills everyone around him.

The story of this film revolves around a handsome boy name Pedro who lives in Rio de Janeiro’s middle class. The boy has introduced with cocaine in a very young age that bring him to the path to become the leader of a criminal gang which is very dominating in Rio in the early 2000s. This film is contained with action, adventure and Drama. This film will also show Perdo’s father Victo Dantas who had discovered at the bottom of the sea in a very young age. After that he ended up at the police intelligence officer.

The story of this film is based on four high school teachers who drink alcohol on a regular basis. It will depict how this habit will affect their social and professional life.

It is an incredible Tamil film. This film is the second directional adaptation of Mari Selvaraj, who had debuted with Pariyerum Perumal in 2018. The film is based on a war bugle just like it claims the presence of the oppressed, Karnan. It is played by Dhanush. In the teaser, you will see the entry of Dhanush like the old times as he comes with riding the horse holding a sword just like ready for a battle.

After a lot of controversy about the release of the second season, finally, the release date has been announced. In the second season of the series, Srikant Tiwari will have to face many new, powerful, and exciting adversaries, it is filled with a lot of exciting and action-filled moments, and it will also depict the real fate of Delhi that is hanged loosely due to an imminent chemical attack.

Here is the “Fresh on Prime” trailer:

Previous article
Metro Exodus Enhanced Edition Will be the First Game to Support DualSense Controller on PC
Next article
Deal: WD My Passport External Portable SSD with up to 1,050 MB/s speed discounted