Disney+Hotstar Quix Presents ‘Six’: All We Need to Know about the Murder Series 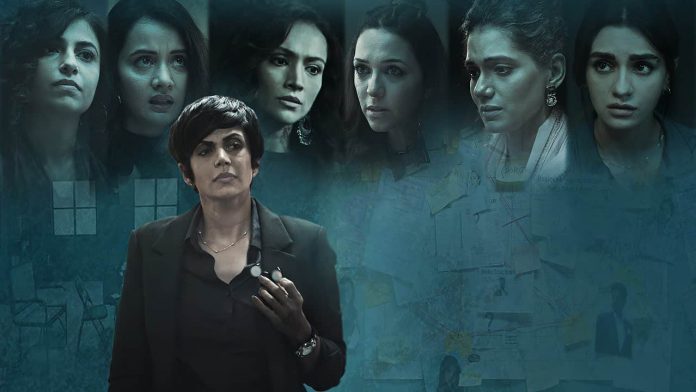 Disney + Hotstar has dropped the trailer of its latest murder mystery miniseries name is Six. It is an incredible show which revolves around the murder of a businessman named Kashish Sura. This man was murdered on the night of New Year’s Eve. The investigation of the case has been led by officer Ruhana Dhulap. He is an efficient detective who is trying hard to solve the mystery of the murder.

The trailer of this mysterious murder series has begun with some major incident that shows Kashish Sura has been strangled to death in his own car. After some time the trailer explores Ruhana Dhulap who is a short-tempered but very smart investigating officer who is currently handling the case.

In the process of investigation, he finds out six suspects who are six women whom Sura had introduced on the night of his murder. All of the six victims are unaware of the existence of each other. She is now started interrogating them to reach the killer and explore the exact motive behind all of it.

The series is starring with Mandira Bedi, Nauheed Cyrusi, Dipannita Sharma, and also Sid Makkar who are playing important role in this series.

Bedi said that the series was so fast-paced and nerve-wracking so that it would keep the audiences on the edge of their seats right at the end. He also told that he had to play a very serious role as an investigating officer which was something that he had pinning to do. He had ensured that the one was going to have you glued all the way till you found out what happened.

Hotstar has ensured that this series will premiere absolutely as a part of Disney + Hotstar’s latest experimentation ‘Quix’. His series will start premiering on 27th May. After launching on 7th May Quix started to offer some short format shows from multiple categories for free of cost.